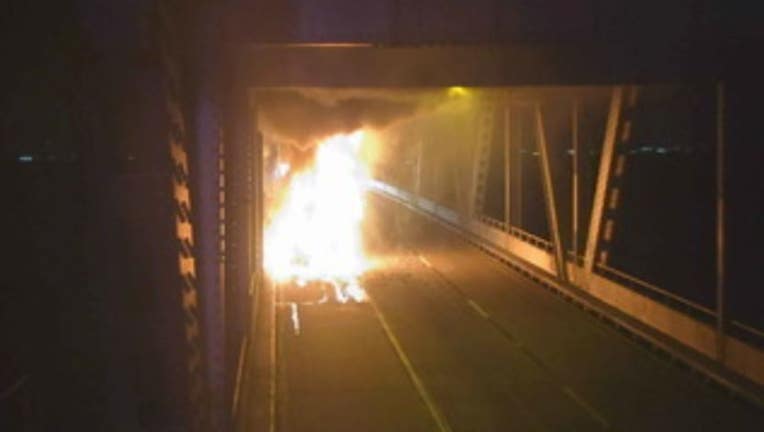 RICHMOND, Calif. - All lanes of eastbound I-580, the lower deck of the Richmond-San Rafael Bridge, were blocked after a fiery, fatal traffic collision, according to California Highway Patrol.

Preliminary information provided by CHP indicates people reported a big rig slammed into the rear of a smaller vehicle east of the mid-span of the bridge, headed into Richmond at around 6:45 p.m. The driver of the smaller vehicle was pronounced dead at the scene. The truck driver was able to make it out of their vehicle okay before it was engulfed in flames.

CHP-Marin reported at 10:15 p.m. that the number one lane reopened, but advised caution if driving through the area.

CHP Marin Officer Darrell Horner said the car may have been stopped in a newly-designed third lane when the big rig crashed into it. Drugs and alcohol do not appear to be a factor in the crash.

A fatal collision and a big-rig fire has caused all eastbound lanes of I-580 to shutdown on the Richmond-San Rafael Bridge Wednesday evening. CHP says people reported the big rig slammed into the rear of a smaller vehicle before the fire began. 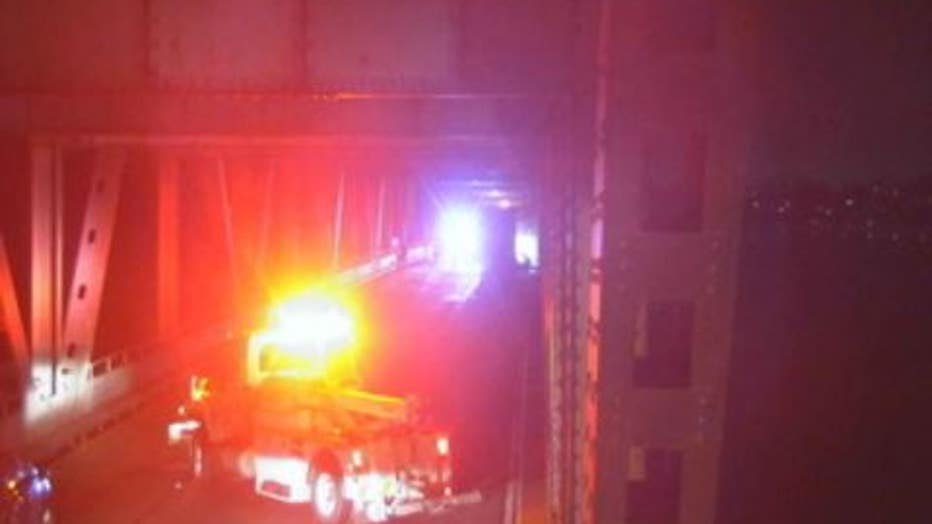 Traffic is being diverted off at Main Street. Drivers are advised to use the Golden Gate Bridge or State Route 37 as alternate routes. Caltrans cameras captured images of the backup on the bridge and moments where the big rig was on fire.

CHP said it appears both vehicles caught fire. The U.S. Coast Guard was alerted to see if anyone had gone over the bridge into the Bay during the collision.

A harrowing video was posted to social media where a driver pulls up to the fiery tunnel, before stopping mid-span to call for help. The Twitter user @swift_snake said about 20 minutes after the crash was reported that no fire truck was present at that time and they kept hearing exploding sounds.

Caltrans cameras have since captured images of first responders at the scene.

There is no estimated time to fully reopen the roadway. Earlier, one lane was reopened temporarily to release traffic behind the incident, according to Caltrans.

Caltrans was at the scene to check the integrity of the bridge following the collision. They have since deemed the bridge safe and secure. 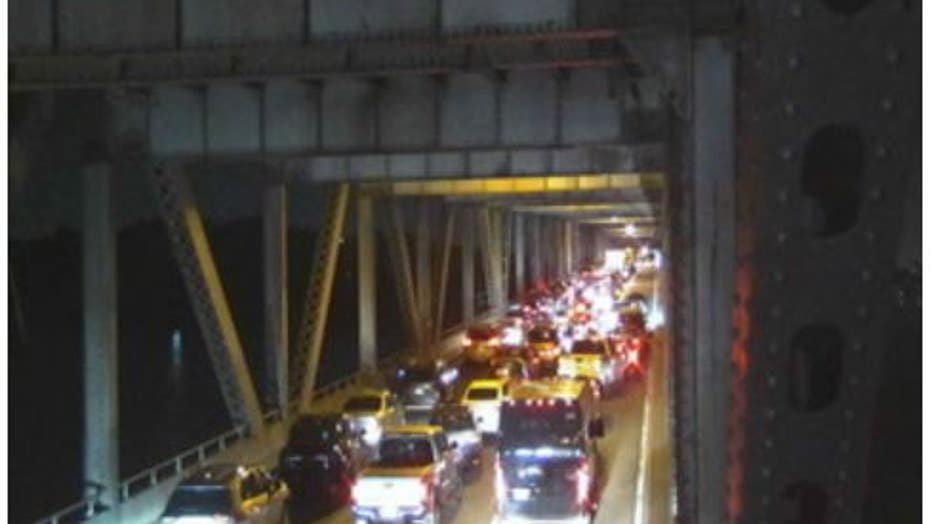