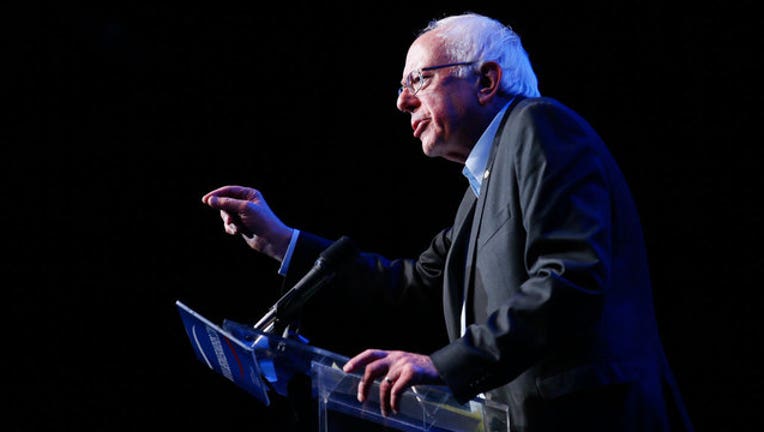 Clinton sought solidarity with Obama at every turn during Thursday's debate in Milwaukee, referring to herself as a "staunch supporter" of his health care law and praising him as a role model on race relations. Clinton ended the debate by criticizing Sanders for saying in an interview with MSNBC that Obama had failed the "presidential leadership test."

By Friday, as Clinton traveled to a black community in South Carolina, her African-American allies in Congress seized upon comments the Vermont senator made at the debate insinuating that race relations would "absolutely" be better under a future Sanders administration.

One questioned the allegiances of Sanders, who is the longest serving independent in congressional history but running for president as a Democrat.

"He was never a Democrat. He is only a Democrat for convenience," Atlanta Mayor Kasim Reed said in an interview with The Associated Press. He accused Sanders of "dismissive and disrespectful behavior toward the president."

Rep. Gregory Meeks, D-N.Y., the chairman of the Congressional Black Caucus's political action committee, said in a statement after the debate that Sanders wanted to "undo President Obama's accomplishments" and also pointed to the MSNBC interview, saying Sanders' "disparaging comments towards the president are misplaced, misguided and do not give credit where credit is due."

Rep. Hakeem Jeffries, D-N.Y., said in an interview with CNN that it was a "bit presumptuous" for Sanders to become "the great healer in race relations."

Sanders spokesman Michael Briggs said Friday: "The Clinton campaign is getting very nervous and is becoming increasingly negative and desperate. The simple truth is that there are very few in Congress who have a stronger civil rights record than Senator Sanders."

He said Sanders had worked with Obama and Vice President Joe Biden "on major issue after major issue during the last seven years" and the senator was "very proud of the enormous accomplishments of the Obama administration."

The exchange underscored the degree to which Obama's legacy has become tug-of-war between Clinton and Sanders as the Democratic race winds into Nevada and South Carolina, where minority voters play a pivotal role. The Democratic rivals will be competing for the support of black voters who factor in several Super Tuesday contests on March 1, including Alabama, Georgia, Tennessee, Texas and Virginia.

Clinton invoked Obama or his administration 21 times during the debate and used the president, who remains popular with rank-and-file Democrats, as a shield to push back against Sanders' critiques.

When the senator pointed to Clinton's 2002 vote to authorize the Iraq war, Clinton noted that Obama had trusted her judgment enough to name her secretary of state. When Sanders assailed the influence of Wall Street on the nation's political system, she said Obama had received millions from the financial industry but had still signed the Dodd-Frank financial overhaul.

Sanders portrayed himself as an Obama ally in the Senate and the successor to the Obama movement for change. He regularly notes his ability to generate a large voter enthusiasm among young people, one of Obama's main draws in 2008.

At one point during the debate, Sanders told Clinton sharply, "One of us ran against Barack Obama. I was not that candidate."

His campaign dismissed Clinton's contention that Sanders had presented himself as potentially better than Obama on race relations. Sanders was asked if race relations would be better under a Sanders administration than they had been. The senator said, "Absolutely, because what we will do is say, instead of giving tax breaks to billionaires, we are going to create millions of jobs for low-income kids so they're not hanging out on street corners. We're going to make sure that those kids stay in school or are able to get a college education."

"The Clinton campaign takes every single thing that comes out of his mouth, twists it and distorts it and throws it back," Sanders senior strategist Tad Devine said following Thursday's debate.

Both candidates sought to appeal to black voters on Friday. Clinton campaigned in Denmark, South Carolina, where she outlined a $125 billion economic revitalization proposal aimed at creating jobs, improving infrastructure and building housing in "communities of poverty and systemic racism." She reiterated her ties to Obama, telling the audience she would "build on the progress President Obama has made."

Sanders was holding a forum on race and economic opportunity at a Minneapolis high school later Friday.

Clinton and Sanders were ending the day at the Minnesota DFL's annual Humphrey-Mondale Dinner, putting them before party activists less than three weeks before the state's March 1 presidential caucus. Sanders drew about 20,000 people to two rallies in Minnesota last month and has identified the state as a top target.