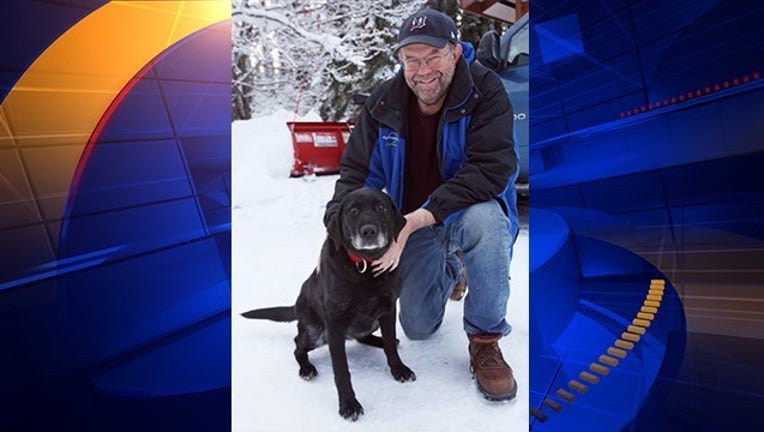 FAIRBANKS, Alaska (AP) — A blind dog who wandered away from her Ester, Alaska, home during a cold snap has been reunited with her owner.

The 11-year-old Labrador retriever named Madera ventured away from home on Feb. 6, when the temperature dipped to 40 degrees below zero.

A man riding a bike accompanied by a bell-wearing dog located Madera in the woods last week, about a half-mile from the Davis' home, Fairbanks Daily News-Miner reported. Madera let out a whine when she heard the dog's bell.

Davis said his dog lost 14 pounds but was, overall, healthy.

The man who rescued her, Constantine Khrulev, asked for the $100 reward money to go to the Fairbanks Animal Shelter Fund. Davis was so impressed by the gesture that he increased the donation to $250.

Madera is completely blind because of an autoimmune disease.

This isn't the only tale of a lost, blind dog to end happily in Fairbanks in recent years: A blind 8-year-old dog named Abby walked more than 10 miles in 2012 from her home in the Two River area before she was rescued.