ANTIOCH, Calif. - Antioch police officers and bomb squad experts surrounded the area around Live Oak High School on Monday morning where a man in his 50s was found dead.

A preliminary investigation revealed that the man died as a result of injuries that were "self-inflicted and possibly the result of some improvised incendiary device," said Antioch police Officer Darryl Saffold, a department spokesman. "Whether it was intentional or accidental, we don't know."

The man has not been identified. Police said he did not appear to have any connection to the high school. His body was found at 7:32 a.m. Police said they found wires near the man's body.

"There are no other known injuries at this time, and we are certainly grateful for that," said Officer Saffold.

Man blew himself up at Antioch high school, police say

The FBI, ATF, and Walnut Creek Police bomb squad were just a few of the law enforcement agencies called to investigate a crime scene in Antioch where a man was found dead with an explosive device. Police say it is a suspicious death as the man appears to have blown himself up near Live Oak H.S. Classes were canceled after there a lockdown as a result.

Aerial photographs showed several police cars and officers standing in the street in the 1700 block of F Street, which is also near a middle school.

The Walnut Creek bomb squad and the ATF were also on scene as wires were sticking out of the man's body, or seen near his body. Department of Homeland security officials, BART police and K-9 units from the Coast Guard were also there.

The man's body had suffered trauma, officials said, but there was no evidence of gun casings.

As a result, classes were canceled at the high school.

Police asked all residents in the area of F Street between 11th Street and 17th Street to go inside and lock all windows and doors unless they received further official instructions that all is clear. By 3:15 p.m., that all clear was given for the area near F Street by the Contra Costa Sheriff's Office Community Warning System.

No more details were immediately given.

The police activity follows the arrest of a 34-year-old man, who was arrested on suspicion of killing his girlfriend and his 15-year-old son, authorities said. The bodies were found Saturday night at an apartment in Antioch, after a neighbor requested a welfare check, police said in a statement.

"Both victims were suffered from obvious trauma and this incident was determined to be a homicide," the statement said.

Police later arrested the man at a train station in Redwood City, He was not immediately identified.

Officials said the suspect was in a relationship with the woman and the teen was the suspect’s biological son. 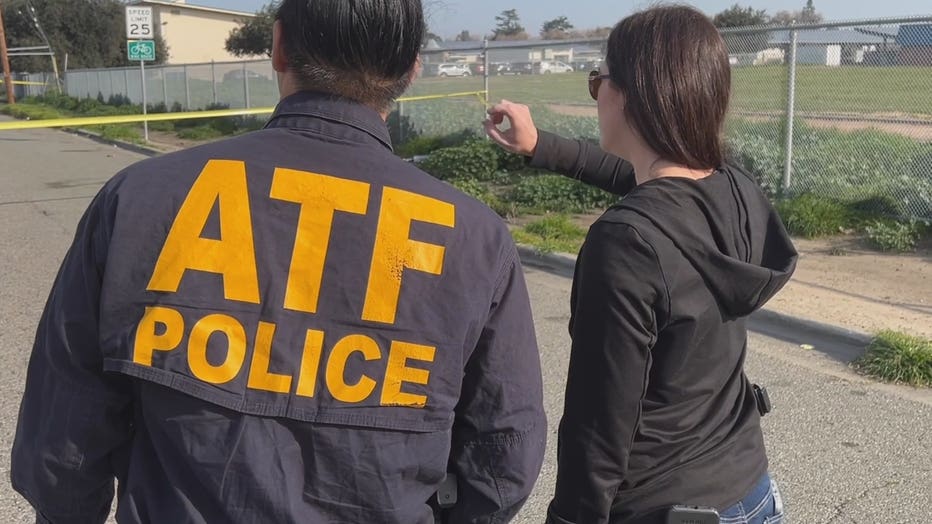 An ATF agent looks on after a man's body was found with wires possibly sticking out near Live Oak High School. Jan. 31, 2022 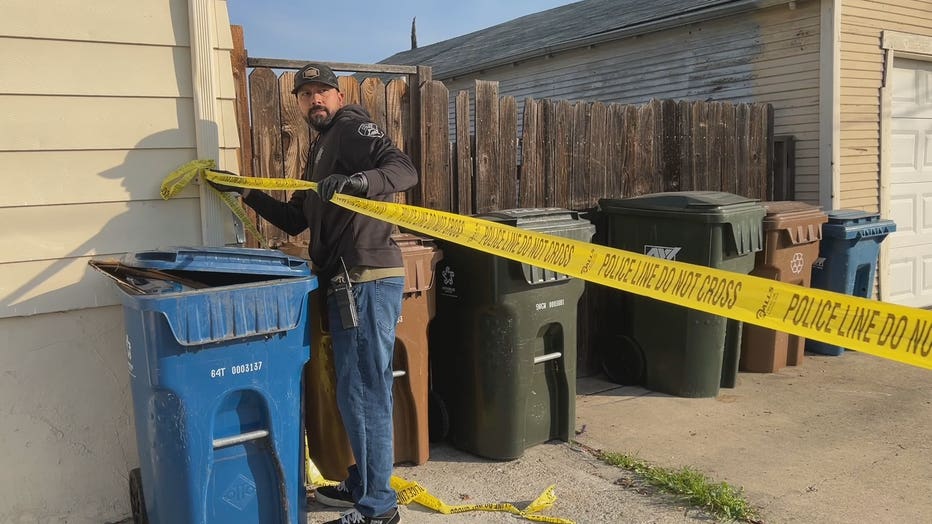 An agent puts up crime scene tape near Live Oak High School where a man's body was found. Jan. 31, 2022 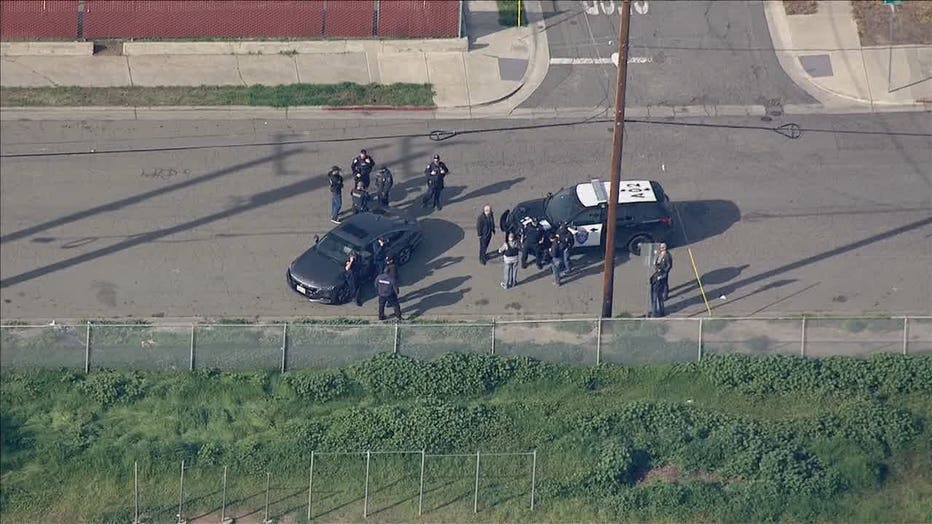