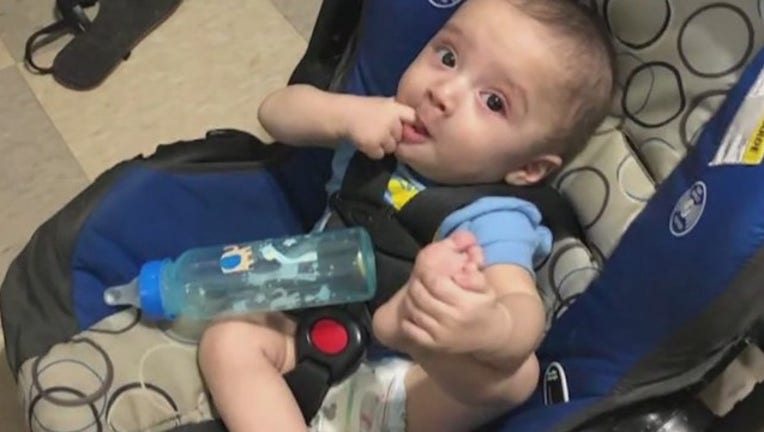 According to FOX 29 in San Antonio, the 8-month-old's father led investigators to the spot where he buried him under a bridge at the end of a dead-end street in his neighborhood. Officers found the baby's body wrapped in a blanket inside a black backpack.

SAN ANTONIO (AP) - San Antonio police say they believe an 8-month-old boy reported as abducted is believed to be dead, and three members of his family have been charged in the case.

Police Chief William McManus says the father, grandmother and cousin of King Jay Davila have been charged in the case of the missing baby. All are in custody on evidence tampering charges.

At a Thursday night news conference, McManus said Christopher Davila is believed to have injured the child severely, then told police the boy was in a car that was stolen. McManus says Beatrice Sampayo, the child's grandmother, is suspected of disposing of the child's car seat and dropping off Angie Torres, the child's cousin, who was seen on surveillance video as participating in a staged kidnapping.

McManus says the search continues for the child's body.

Davila, who denied involvement in the child's disappearance, is charged with child endangerment.