A witness on Citizen App took video of a body being pulled out of Lake Merritt on Oct. 9, 2019

OAKLAND, Calif. - The Alameda County Coroner on Friday identified the body pulled out of Lake Merritt in Oakland earlier this week as a 53-year-old woman.

The cause of Rebecca Busby's death, however, was pending, according to the coroner's office. Her body was found Tuesday just before midnight near a dock at Lakside and Madison avenues, according to two witnesses.

Oakland police did not return several emails seeking comment and did not issue a news release about the death. Video from Citizen App on that date shows officials appearing to load a body on a gurney. 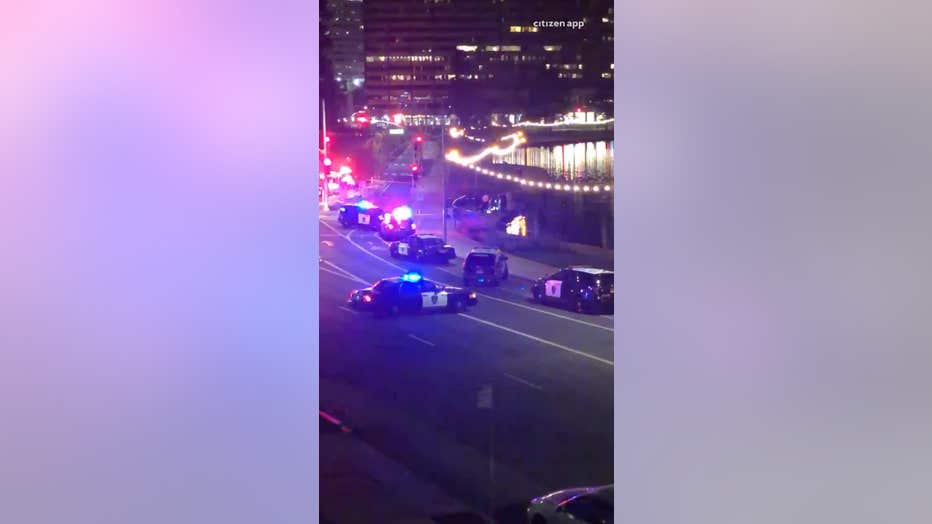 Two phone numbers associated with Busby did not work.

On Wednesday at 2 a.m., a neighbor contacted KTVU earlier this week saying that police went door to door where she lives at the Essex building on Lakeside Drive, asking if residents had any screaming "or anything out of the normal."

On Thursday, the neighbor said she saw a man get out of a white unmarked truck holding a flashlight on the same dock and walking around for about an hour. She called police to report the sighting, but said that she never saw any officers come to investigate.

Last March, Tayana Johnson, 24, and Michael Grace, 39, both died in Lake Merritt. The couple had been fighting, police said, and ended up in the lake. Johnson apparently drowned and Grace was pulled to shore, where efforts to revive him were unsuccessful.