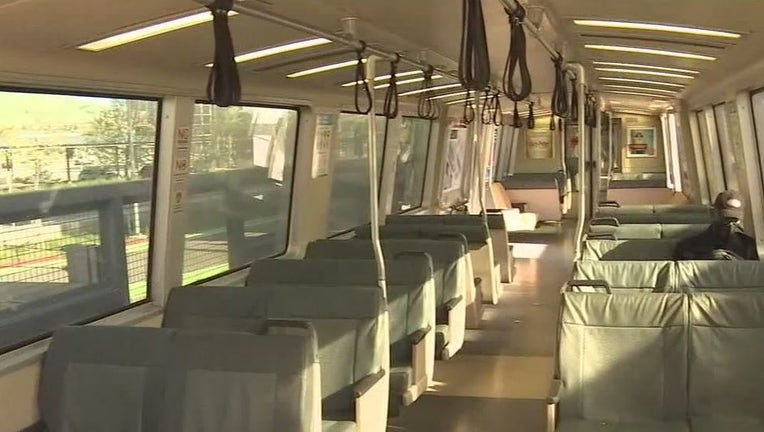 SAN LEANDRO, Calif. - A box cutter attack on a woman by another woman known to her ended in an attempted murder charge, BART officials say.

The attack happened Thursday night. BART became aware of the situation at around 10:40 p.m. at the San Leandro BART station.

Officials said the suspect "appeared" at the station, armed with a box cutter and was taken into police custody without incident.

The victim was treated and released from the hospital. BART police gave the victim a courtesy ride to her Hayward residence.

Police did not say what the motive was for the attack. The suspect was placed on an emergency psychiatric hold.

According to investigators, the attempted murder charge is validated by video evidence of the incident, a BART spokesperson said.