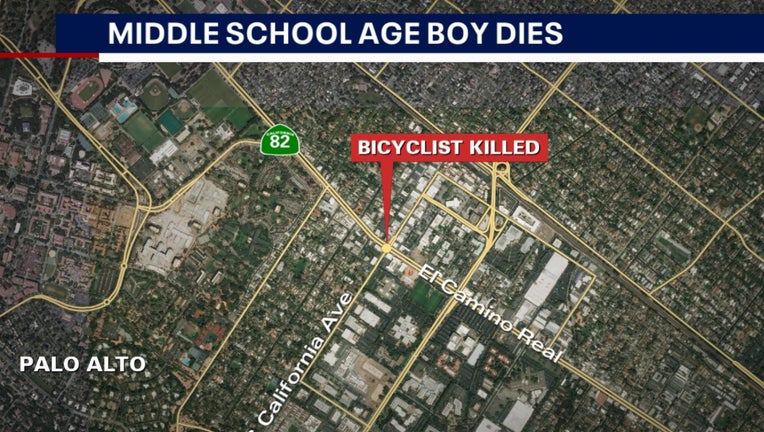 The bicyclist and the truck were both headed east on California Avenue, with boy riding on the sidewalk, about 7:40 p.m. when the truck made a right turn onto El Camino Real and collided with the cyclist, police said.

Police did not release the name of the middle-school-age boy. He was pronounced dead at the scene.

The driver, a Palo Alto man in his 60s, stayed at the scene and cooperated with police. He was not cited or arrested, pending the outcome of an investigation.

Police do not believe that drugs or alcohol were a factor in the collision.

Anyone who may have witnessed the collision and who has not already spoken with police about it is encouraged to call the police department's 24-hour dispatch center at (650) 329-2413. Tips can be e-mailed to paloalto@tipnow.org or sent via text message or voicemail to (650) 383-8984.