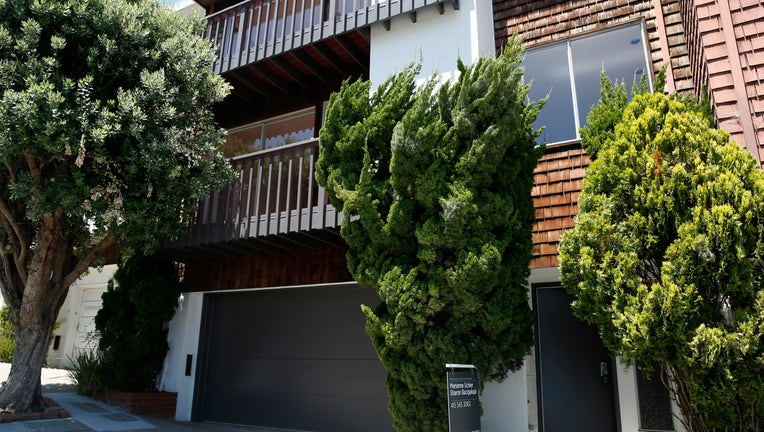 A single-family home on Berkeley Way is open for a broker's tour in the Diamond Heights neighborhood in San Francisco, Calif. on Tuesday, July 25, 2017. (Photo By Paul Chinn/The San Francisco Chronicle via Getty Images)

SAN FRANCISCO - Single-family zoning lives on in San Francisco, as Mayor London Breed on Thursday vetoed legislation that would have eliminated single-family zones to allow fourplexes in every neighborhood and six units on corner lots.

The fourplex legislation was first introduced by Supervisor Rafael Mandelman last year and passed by the Board of Supervisors on June 28 and in a second reading on July 12 to finalize sending it to the mayor for consideration.

In a letter explaining her veto, Breed said the fourplex ordinance failed to achieve the goal of creating more housing opportunities and addressing the city's housing shortage and lack of affordability.

"While I support the original intent of the ordinance to add new desperately needed housing options for San Franciscans struggling with the high cost of housing, especially for our middle-income families, after many amendments, this ordinance no longer achieves the goal intended to actually produce more housing," she said. "Instead, it is fair to say that this ordinance, as amended, will set back housing production."

The original version of Mandelman's bill sought to legalize fourplexes citywide, but the legislation was weighed down by amendments that restricted who could use the law to build new units. One of the amendments required landlords to have maintained ownership of the building for five years before developing it, which cuts developers who seek to take advantage of the new allowance.

"Instead of cutting bureaucracy and reducing project costs, the Board added many new requirements and imposed new financial barriers that will make it even less likely for new housing to be built under the ordinance's provisions," Breed continued in the statement.

She also argued that the fourplex ordinance would evade the city's obligation to comply with state housing laws, especially Senate Bill 9. The bill was signed into law last year, requiring streamlined and ministerial approval of duplexes and lot splits in single-family residential zones.

Mandelman said he was "profoundly disappointed" in the Breed's denial of the legislation.

"Simply rejecting this measure without offering any alternative puts our shared housing goals in jeopardy and is just the latest example of City Hall's inability to come together to get things done for San Franciscans," he wrote in a statement Thursday.

Mandelman said he didn't support many of the amendments to his original ordinance. Still, he thought the latest version passed by the Board at least represented the right direction for the city's housing reforms.

"Today's action by the mayor will not be the final word on this effort," he said.

California's Department of Housing and Community Development said in a letter that it supported the mayor's decision.

"Moreover, the ordinance would...impose more onerous conditions and requirements when compared to SB 9. Taken together, these regulatory hurdles will render such projects financially infeasible to pursue, as the city's own analysis noted," the department wrote in the letter.   Corey Smith, the executive director of Housing Action Coalition, a nonprofit advocating for building more affordable housing in the Bay Area, said his organization applauded Breed's vetoing of the ordinance.

He argued that the ordinance would do little to create new housing.

Breed stressed that she would like to support more effective proposals to achieve state-mandated Housing Element plans to build 80,000 new homes in the city over the next eight years.