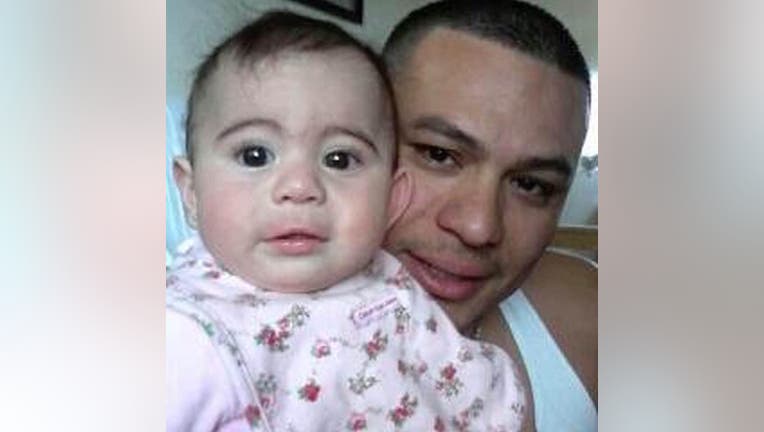 Marlon Reyes and his daughter pictured in this undated photo. Reyes died by suicide at Santa Rita Jail on Oct. 14, 2021.

DUBLIN, Calif. - An Oakland man who died by suicide at Santa Rita Jail while he was in the quarantine intake housing unit had a host of other health problems and now his brother is wondering if any of the medication that Marlon Reyes needed to take was provided to him.

In an interview on Friday, Carlos Reyes, Marlon's older brother, told KTVU that his younger brother "took about 100 pills" each day for issues he suffered with his thyroid, heart and bones. He also said that Marlon Reyes likely suffered from undiagnosed depression, which reared its head after an unfriendly divorce with his wife. All those pills are still at home at his mother's house in Oakland, where he lived.

In addition, Carlos Reyes, 47, of Modesto, said he called "frantically" to the jail every day since his brother's arrest in Oakland on Oct. 10. Carlos Reyes didn't see the official paperwork, but he believes that Marlon was arrested after he threatened someone with a gun after that person allegedly stole is identity.

Court records indicate Marlon Reyes was charged with two felony counts of making criminal threats and a misdemeanor crime of brandishing a firearm.

Carlos Reyes said every time he called the jail, "no one helped me." He also said that his brother never made any phone calls from jail to either him or his mother.

"You're supposed to get one call from jail," Carlos Reyes said.

If he had called, Carlos Reyes said he would have told him that everything will be all right and they would get through the arrest together.

But it didn't turn out all right. 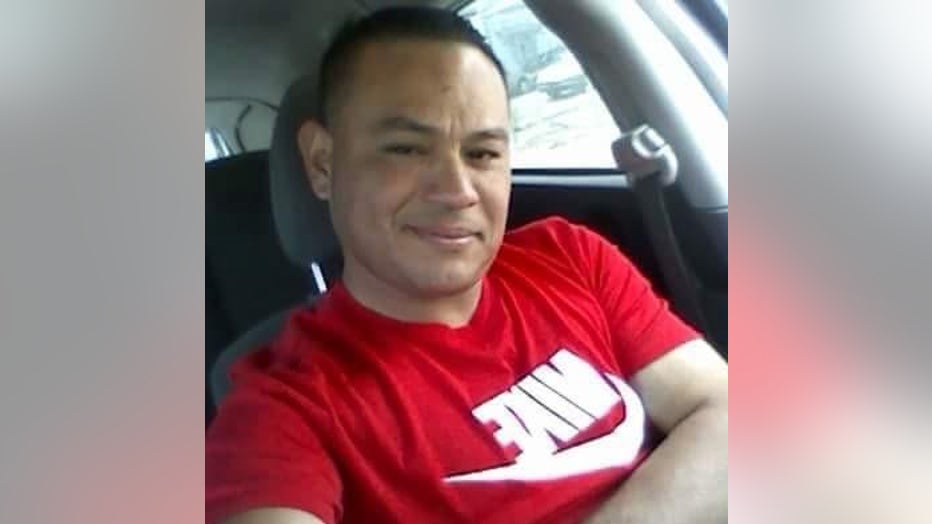 Marlon Reyes died on Oct. 14, according to Kara Janssen, whose firm is slated to enter a "consent decree" with the Alameda County sheriff.

Janssen and her team sued Alameda County in 2018, alleging the cruel and unusual treatment of many inmates who suffer from mental illness.

The consent decree will mandate such things as mental health screening at intake and throughout an incarcerated person's stay, reducing the number of people in isolation and giving people many more hours a week out of their cells, among some of the examples.

The changes must come over the next two years and the oversight will remain in effect for a minimum of six years.

An approval hearing before a federal magistrate is scheduled for January.

A sheriff's spokesman referred all comment regarding Marlon Reyes' suicide to the public records division, which has yet to provide any documentation into what happened. It's unclear whether Marlon Reyes received any medication in jail, as that information would be protected by federal privacy laws.

Janssen's firm was also behind the creation of the Santa Rita Jail quarantine units, where incarcerated people live alone in a cell for two weeks upon entering the jail to prevent the spread of the coronavirus.

However, documents obtained by KTVU show that people in these housing units are allowed out of their cells for just 30 minutes a day, which they can use to shower, make phone calls or watch TV.

"This is complicated," Janssen said on Thursday. "People are isolated on intake to prevent exposing each other to the virus, but it really is an inhumane way of holding someone. We have been urging the jail to work with the public health department to get people out of their cells more often while still limiting COVID exposure."

According to Janssen, the vaccination rate among those incarcerated at the jail is less than 50%. Carlos Reyes said his brother was vaccinated.

Marlon Reyes' death is at least the fourth so far at Santa Rita Jail in 2021, and the 53rd since 2014, according to data compiled by KTVU.

A KTVU analysis revealed that Santa Rita Jail has the highest in-custody death rate in the Bay Area and there is a high correlation of those who die by suicide and those put into isolation.

Marlon Reyes is also the second person to die by suicide in the quarantine intake unit this year.

His brother Carlos Reyes said he hopes he is the last.

"I'm begging for help," he said. "I can't believe this is happening. I'm trembling. This is horrible."