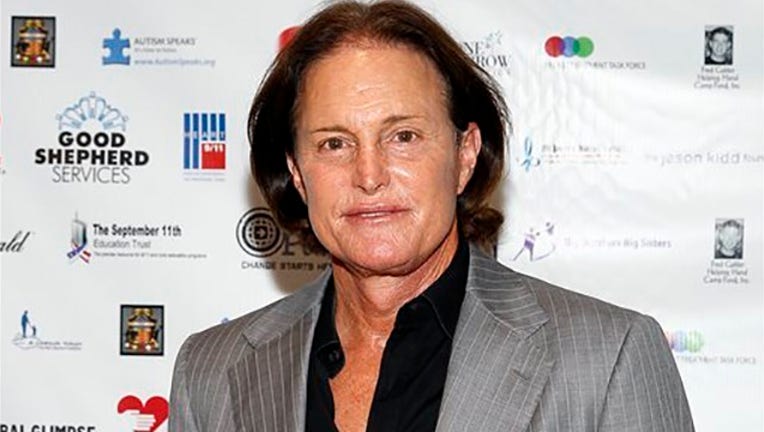 NEW YORK (AP) — Former Olympic champion Bruce Jenner says that "for all intents and purposes, I am a woman."

Jenner spoke in a long-awaited interview televised Friday with ABC's Diane Sawyer about his gender identity, saying he has always been confused about it. Early in the interview, Jenner took out his ponytail to let his long hair flow behind him.

"My brain is more female than it is male," said Jenner, the 1976 Olympic decathlon champion who has been better known in recent years as part of television's omnipresent Kardashian family.

Jenner said he hopes that speaking publicly about the gender issues would do some good in the world and vigorously denied that the interview was some sort of publicity stunt to promote the Kardashian reality TV show.

"If the Kardashian show gave me a foothold to do some good, I'm all for that," Jenner said.

Jenner said he self-identifies as "her," not a specific name. But he told Sawyer he felt comfortable using the pronouns "he" and "him," a designation that is an important issue for many in the transgender community.

As a young boy, Jenner felt an urge to try on his mother's and sister's dresses.

Jenner said he told his first two wives about the gender confusion, and it was a factor in the breakup of his second marriage. During the 1980s, he began taking hormones, had surgery to make his nose smaller and was having hair removed from his face and chest.

Jenner said he has never been sexually attracted to men, and he wanted to make clear to viewers that gender identity and sexuality were separate things.

"I am not gay," Jenner said. "I am, as far as I know, heterosexual. I've always been with a woman, raising kids."

Jenner said he's gone back to say he was sorry to people in his life hurt by the gender identity issues.

He fought back tears and reached for a tissue before the interview even began. Jenner said it was hard to talk about gender issues because of concerns about disappointing people.