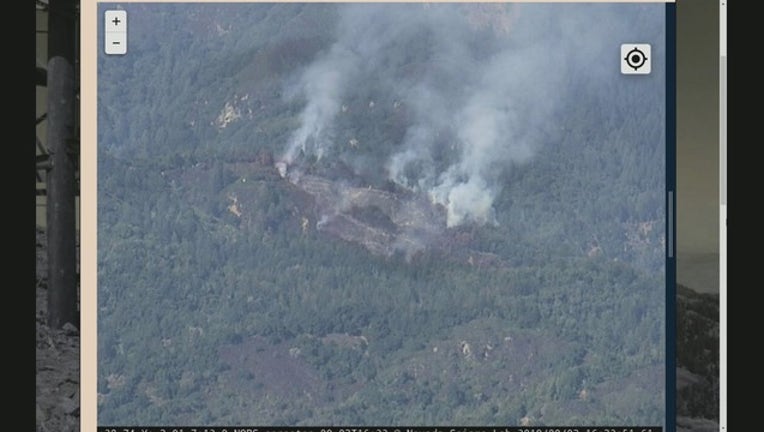 A 12-acre-fire in the Santa Cruz Mountains is forcing evacuations.

BOULDER CREEK, Calif. (KTVU) - A 10 to 12-acre brush fire is burning in the Santa Cruz Mountains Tuesday, according to fire officials.

The so-called Deer Fire is off Deer Creek Road and Rons Road, northeast of Boulder Creek, officials with Cal Fire said. The fire briefly forced evacuations, but as of 6:39 p.m., Cal Fire said there were no current evacuations.

Ground crews battled the blaze and airdrops were made from above. Cal Fire and Boulder Creek Fire Department were both at the scene of the fire.

The cause of the fire is unknown and remains under investigation.