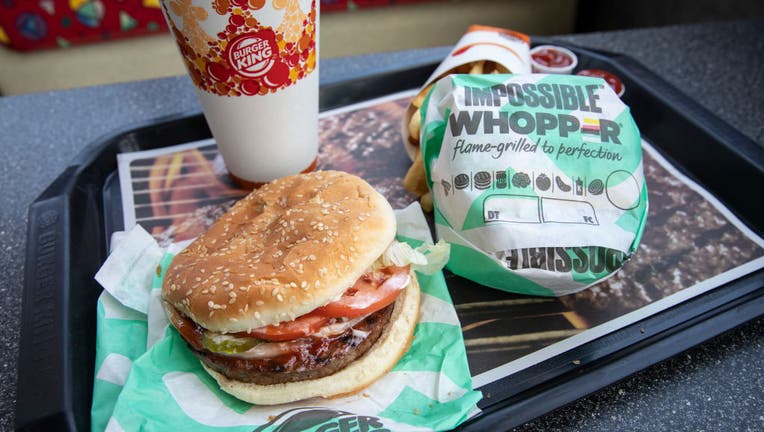 NEW YORK, NY - AUGUST 8: In this photo illustration, the new Impossible Whopper sits on a table at a Burger King restaurant on August 8, 2019 in the Brooklyn borough of New York City. On Thursday, Burger King is launching its soy-based Impossible Who

Burger King is adding five new Whopper-style burgers to its menu, two of which will be part of the "Impossible meat" lineup.

The new food options will be available on June 27.

Burger King rolled out the plant-based Impossible Whopper nationwide in 2019.

Earlier this year, Chipotle Mexican Grill announced that it will add plant-based chorizo to its menu for a limited time at U.S. locations.

In 2019, McDonald’s started selling the PLT, or the plant, lettuce and tomato burger. McDonald’s said it developed the special recipe using burgers from Beyond Meat, a California-based startup that makes "meat" from pea protein, canola oil, beet juice and other ingredients.