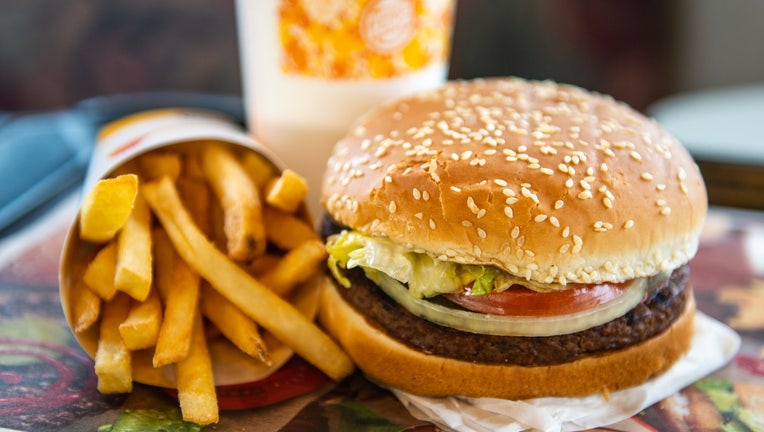 Burger King is celebrating the Whopper's 64th birthday, offering a deal at its restaurants nationwide.

On Dec. 3 and Dec. 4, the fast-food chain is dropping the price of its iconic burger to 37 cents. It's a price not seen since the 1950s, Burger King says.

"In 1957, Burger King changed the game with the introduction of the Whopper sandwich – an iconic, flame-grilled burger prepared YOUR way," Zahra Nurani, head of marketing communications for Burger King North America, said.

There are about 1,024 potential combinations of the burger, which features a beef patty topped with ketchup, mayonnaise, lettuce, tomato, pickles and onion, Nurani added.

The discount, though, is for Burger King Royal Perks members only.

As part of the loyalty program, members can earn points, otherwise known as crowns, for every dollar spent at Burger King. They can redeem the crowns for certain food items. Each dollar equals 10 crowns.

The chain's parent company, Restaurant Brands International, recently announced that it would be cutting some Burger King menu items in order to speed up its drive-thru operation.

Jose Cil, the CEO of Restaurant Brands International – which also owns Popeyes and Tim Horton's – disclosed the news during Morgan Stanley's Global Consumer and Retail Conference, according to USA Today.

"We're simplifying processes that have become a bit too complicated in terms of sandwich builds, and doing a better job in terms of the menu design to make it easier for the customer, at the drive-thru in particular, to make quicker decisions," Cil said.