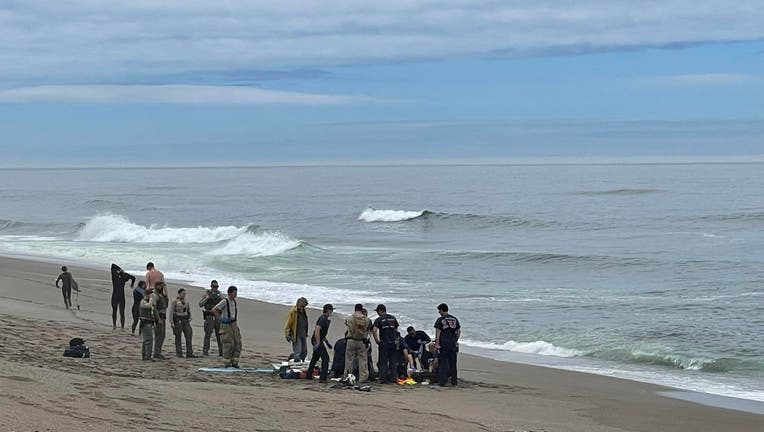 POINT REYES, Calif. - Emergency crews along with the quick action of bystanders helped rescue a person from a near drowning incident off Point Reyes in Marin County on Tuesday afternoon, the California Highway Patrol said.

The CHP's Golden Gate Division Air Operations unit along with multiple agencies responded to call of a drowning at South Beach, where good Samaritans had pulled an unconscious surfer from the water and were performing cardiopulmonary resuscitation (CPR) on the victim when crews arrived.

First responders on the ground worked on the patient and managed to successfully restore a pulse. The CHP's H-32 air unit then landed and transported the surfer to Santa Rosa Memorial Hospital, where he was evaluated and treated.

Officers said the surfer survived, thanks to a collective and quick response from witnesses and first responders. "Due to bystanders pulling the unconscious surfer from the ocean, early bystander CPR, Advance Life Support provided by Marin County Firefighters, and rapid rescue helicopter transportation from the scene, the patient regained consciousness," the CHP said.

Officers said this was the third victim pulled from the water and transported by CHP helicopter crews in the past two weeks.