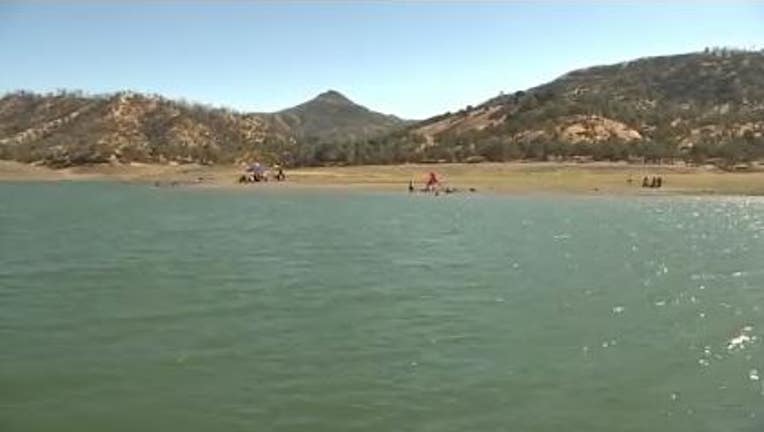 A 35-year-old father from San Pablo drowned in Lake Berryessa on Sunday, July 3, 2022. Napa County sheriff's officials said the victim, Marciallo Perez, was the second person to drown in the lake within a week.

LAKE BERRYESSA, Calif. - A 35-year-old father drowned in Lake Berryessa on Sunday afternoon, as he attempted to save his son, Napa County sheriff's officials said.

Deputies were called to the Oak Shores area of the lake around 3 p.m., after witnesses said a man disappeared under the surface after trying to retrieve his son who had gone too far into the water.

The child was brought to safety, but the father was unable to swim back to shore, officials said.

The sheriff department's marine unit recovered the father's body at about 4:15 p.m.

He has been identified as Marciallo Perez of San Pablo. Investigators said Perez was the second person to drown in Lake Berryessa in six days.

On June 27, Demetrio Perriatt, 16, was rafting on the lake when he fell in the water and drowned, witnesses said. The family of Perriatt, of Fairfield, told KTVU the teen was an incredible athlete and excelled in baseball. But he was not a strong swimmer.

The tragedies prompted sheriff's officials to urge and remind lake-goers: "PLEASE wear a life jacket when you’re on a boat or in/near water."