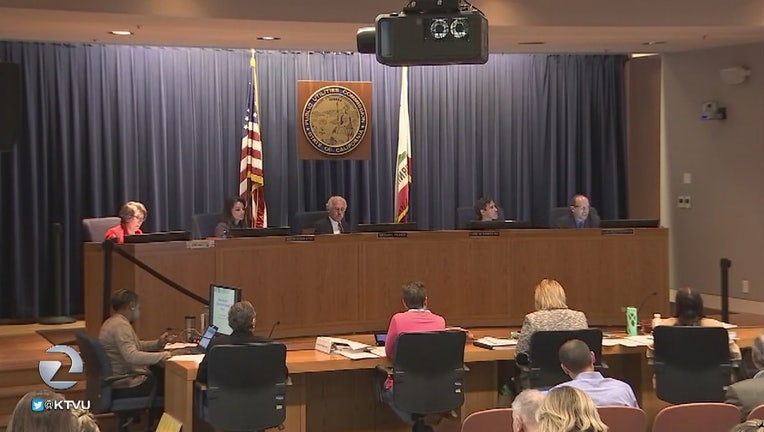 SAN FRANCISCO - A high-ranking official at the California agency that regulates utility companies claims she's being forced out of her job for seeking to recover $200 million in fees that the agency did not collect over nearly 20 years.

Alice Stebbins, the executive director of the California Public Utilities Commission, said in a letter to the five commissioners who govern the agency that she was being retaliated against for trying to “clean up a broken CPUC,” the San Francisco Chronicle reported Wednesday.

Stebbins is the top administrative official at the commission, which regulates businesses that provide electricity, gas, water, phone and transportation services in California. She said she was placed on administrative leave and told by Commission President Marybel Batjer she may be ousted because of ethical concerns over several hires that she allowed.

The commissioners were expected to consider Stebbins’ dismissal at a meeting Thursday, her attorney Karl Olson said.

The letter by Olson acknowledged a state report that was critical of “a half-dozen hires” among hundreds of state government employees hired during her tenure. But it contends her pursuit of the unpaid fees play a bigger role in the matter.

Stebbins said when staff told her about the unpaid fees after reviewing a state report, she raised the issue to the commissioners but they hardly reacted.

“The fox should not be guarding the henhouse and, to put it simply, it appears to us that the threatened termination of Ms. Stebbins’ employment results not from anything she or her staff did wrong but because they were trying to hold regulated entities accountable,” the letter said.

A spokeswoman for the PUC declined to comment because of the pending litigation and because it is a personnel matter.

The San Francisco-based commission has for many years come under scrutiny for being ineffective and too cozy with sectors it's supposed to regulate. Last year, Gov. Gavin Newsom appointed Batjer president of the commission to shake up management after the PUC was criticized for failing to properly enforce a 2016 law requiring electric utility companies to have a wildfire action plan.

Power lines have sparked catastrophic fires that killed more than 100 people in recent years. The state’s largest electric utility, Pacific Gas & Electric Corp., filed for bankruptcy in the face of billions of dollars in claims for damage. In May, the PUC approved PG&E's $58 billion plan for getting out of bankruptcy despite ongoing worries about the utility's ability to safely operate its crumbling electrical grid.

The governor's office has not responded to a request for comment.