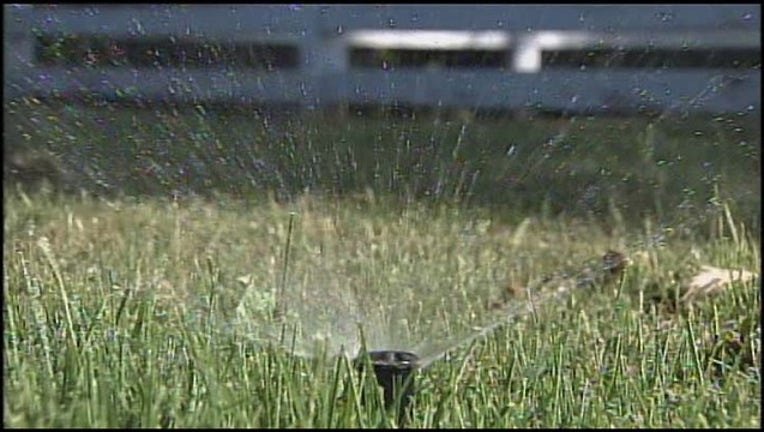 SACRAMENTO, Calif. (AP) — Determined to erase its spotty water conservation record, the wealthy coastal community of Newport Beach is among the cities preparing to crack down on water guzzlers and wasters in response to California's worsening drought.

The State Water Resources Control Board on Tuesday will start discussing how to enforce that mandatory reduction, which will likely include cutback targets for cities based on how much water their residents already use. The board also will issue its monthly water use report card for February, following the driest January on record.

Brown called on residents to voluntarily reduce water use by 20 percent when he declared a drought emergency in January 2014. Californians only hit that target once — in December — prompting stronger action by the governor.

Statewide conservation has been about 10 percent, with some communities exceeding 30 percent. Places such as Newport Beach, which cut average monthly water use by 5.5 percent between July and January, face fines if they do not take steps to conserve.

Newport Beach already limits lawn watering to four times a week, which is double the state recommendation, and prohibits residents from refilling their pools more than 1 foot a week. Still, since July, Newport Beach residents used 124 gallons a day, compared with 100 gallons a day for other residents who live along the southern coastline.

After months spent "educating" residents about what days they can water lawns and how much water they use, Newport Beach officials are seeking new authority to issue fines and have been sending out hundreds of warnings.

"We liked the friendly approach, and it seems to be working well, but we aren't afraid to issue citations," said George Murdoch, the city's utilities general manager.

The water board has given local water departments discretion to come up with their own conservation rules but has set some statewide regulations, such as banning lawn watering 48 hours after rain and prohibiting restaurants from serving water unless customers ask.

The agency is also going to direct municipalities to charge customers in a way that penalizes overconsumption.

Newport Beach is already limiting residential water consumption to a residence's three-year average before the drought emergency. Customers have received written warnings for years if they went over their average water use but will start getting fined later if they exceed levels this year, Murdoch said.

Water use is expected to increase this summer as tourists and seasonal residents flood into beach homes. Those guests and visitors haven't been exposed to the same conservation outreach as Californians, presenting an extra challenge.

"I get it, we aren't as low as the state average, but we're still heading in the right direction," said Murdoch, noting a 22 percent drop in water use in Newport Beach in January.

Meanwhile, Southern California's giant Metropolitan Water District will vote next week on a plan to ration water deliveries to the 26 agencies and cities it supplies, the Los Angeles Times reported Monday.

The cuts, which would take effect July 1, were proposed before the governor imposed the mandatory restrictions and are expected to drive agencies to curb demand and help meet the conservation goals.

Metropolitan last rationed deliveries in 2009 and 2010, during the previous drought.