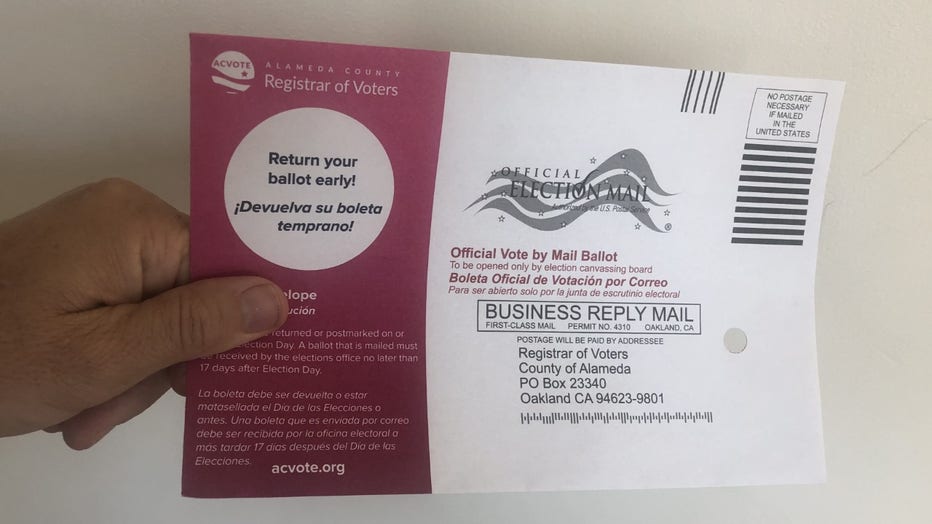 Secretary of State spokesman Sam Mahood told KTVU that over the weekend state elections officials were made aware of reports of unofficial drop boxes that were placed in Fresno, Los Angeles, and Orange counties.

The Orange County Register reports Monday that the boxes were set at locations including political party offices, candidate headquarters and churches.

In a statement issued to KTVU, Secretary of State Alex Padilla said, “Operating unofficial ballot drop boxes—especially those misrepresented as official drop boxes—is not just misleading to voters, it’s a violation of state law. My office is coordinating with local officials to address the multiple reports of unauthorized ballot drop boxes."

Padilla also issued a memo to county registrars this weekend clarifying that unofficial drop boxes are illegal and ballots must be returned by mail or to official polling places, vote centers or ballot drop-off locations. 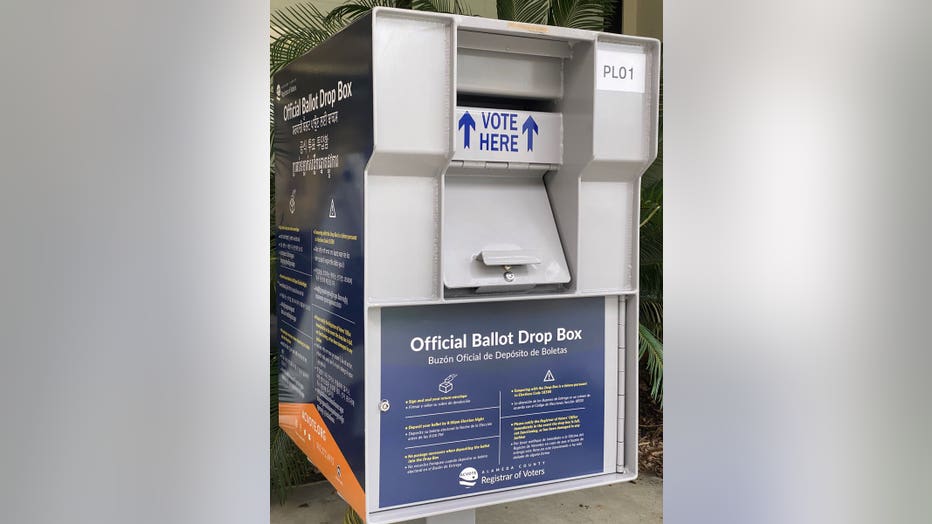 The memo comes after a regional field director for the California Republican Party in Orange County supporting the congressional campaign of Michelle Steel posed in a social media photo with a box labeled “official ballot drop off box” and encouraged voters to message him for “convenient locations” to drop their ballots, the newspaper reported. Steel, a county supervisor, is challenging Democratic Rep. Harley Rouda for his seat.

There was a report about a similar box at a church in the Los Angeles County community of Castaic. The church posted on social media the box was “approved and brought by the GOP,” the paper said.

In Orange County, Registrar of Voters Neal Kelley said official drop boxes are clearly recognizable and carry the official county elections logo. He said it wasn’t clear how many voters had used these unofficial drop boxes in his county but after receiving reports about them he notified the state and district attorney’s office.

“It would be like me installing a mailbox out on the corner – the post office is the one that installs mailboxes,” Kelley told the newspaper.

Messages seeking comment were left for the state Republican Party. The party questioned in a post on Twitter this weekend what would be wrong with a group providing an option for associates to drop off ballots in a safe location rather than handing them to an individual.

A message was left seeking comment with California’s Democratic Party. Ada Briceño, chair of the Democratic Party in Orange County, said in a statement the fake boxes were an attempt at voter suppression.

“Voters need trust in our election system, and this latest attempt by senior Republicans only erodes that trust,” she said.

Padilla said these incidents served as an important reminder. "Voters are in control of how to return their ballot, and they have multiple safe and secure options for doing so," he said. "Ballots can be returned by mail, to any in-person voting location, or to an official secure drop box. Never hand your ballot over to someone you don’t trust."

Official ballot drop boxes and drop off locations can be found here.