He said that this form of tactic, which cuts off a person's circulation, "has no place" in society today because it is outdated and in some cases, lethal.

George Floyd was killed on Memorial Day when a white police officer knelt on his neck, for 8 minutes and 46 seconds.

As the Los Angeles Times pointed out, the carotid hold is different from the method of restraint used by the officer seen kneeling on Floyd’s neck.

But both methods, using the knee on the neck and an arm around the neck, can cut off the ability for someone to breathe.

Police have countered that if done properly, the carotid hold can be an effective and non-lethal way to subdue someone.

Also on Friday, members of the California Legislature’s black and Latino caucuses proposed a statewide ban on the holds, which involve using an arm to put pressure on the sides of a person’s neck to restrict blood flow.

Newsom said that this police technique should be rejected as normal and this type of "normalcy led to this moment."

Newsom also was clear about his belief that the justice system in this country is unfair and that African Americans, other people of color and the impoverished, suffer the brunt of it.

"The criminal justice system treats people who are rich and guilty a hell of a lot better than who are poor and innocent," he said, his voice filled with emotion. "You know that and I know that. Why aren't we doing something about that?" 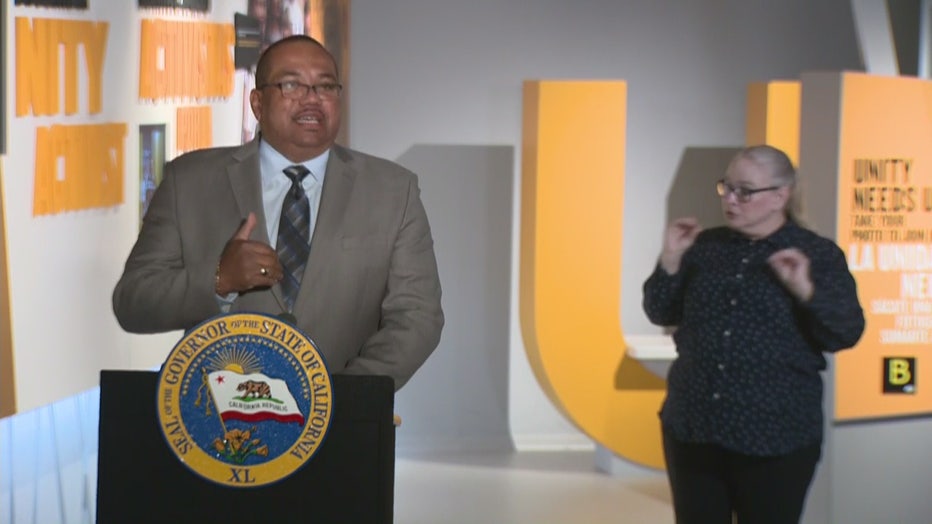 Newsom then listed off a host of injustices in the country that people of color suffer from, ranging from the criminal justice system to education.

In addition to the carotid hold order, Newsom also announced leaders for a task force on police form. He tapped Lateefah Simon, current BART director and president of the Akonadi Foundation, and Ron Davis, a former East Palo Alto police chief who served during the Obama administration as a "forward-thinking thought leader" to lead the group.

"We need to shift the conversation and shift the practice," Simon said. "We do this work in the e honor of justice."