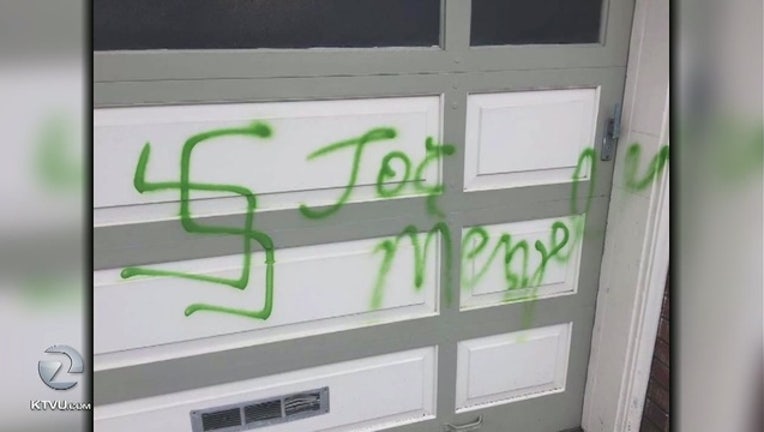 More than half were based on the victim's race or ethnicity and more than 20 percent because of the victim's sexual orientation.

Hate crimes involving victim's sexual orientation increased about 10 percent, to 207 last year. They were led by a more than 40 percent increase in crimes against gay men, from 108 in 2015 to 152 last year.

Less than 20 percent were because of the victim's religion, despite the national debate over President Donald Trump's immigration restrictions on countries with large Muslim populations. The number declined slightly last year after jumping by nearly 50 percent between 2014 and 2015. Hate crimes against Jews were the most common.

"When someone commits a crime motivated by hate, it is not just an attack on one innocent person, but an attack on the entire State and our communities," said Attorney General Xavier Becerra said in a statement. "We can see from today's report that words matter, and discriminatory rhetoric does not make us stronger but divides us and puts the safety of our communities at risk."

He noted that FBI reports show a nationwide increase in hate crimes. More than half of such crimes are not reported to police, he said, while pledging to work with law enforcement to prosecute those responsible.

Racially motivated attacks spurred much of the overall increase last year. They increased more than 20 percent, from 428 in 2015 to 519 last year. Those targeting whites increased from 34 to 56; those against blacks from 231 to 251; and those against multiple races from 17 to 34.

Nearly two thirds of all the hate crimes reported last year were violent, while the rest were property crimes.

About 40 percent of crimes categorized as violent involved intimidation and 30 percent simple assault. About a quarter were aggravated assaults. Ninety percent of the property crimes involved vandalism.

More than 300 hate crime cases were forwarded to county prosecutors last year, and they filed charges in 220 of them. Of the cases completed by year's end, more than 80 percent resulted in convictions.