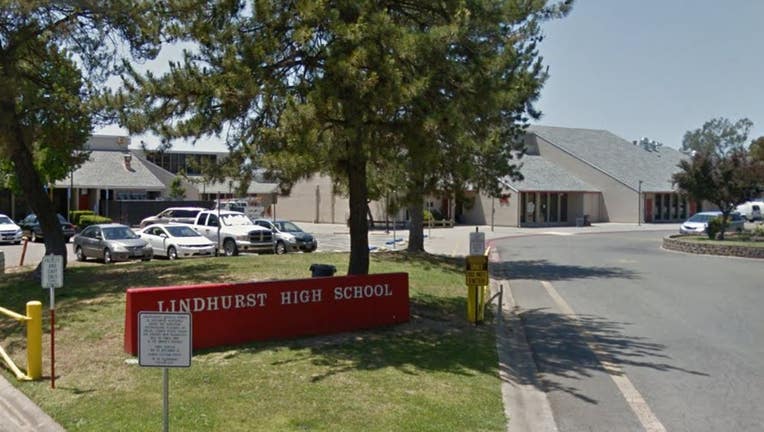 The fight erupted a few weeks ago at Lindhurst High School in Olivehurst after their child was injured in a school brawl, according to the Yuba County Sheriff's Office.

Deputies said around 1 p.m. on Sept. 28 they responded to Lindhurst High School regarding several juveniles fighting. One student ended up needing to go to the hospital as a result of the fight, officials said.

Upon hearing the news that their child was injured, the parents, James Renshaw Sr. and Tabitha Heidbreider, allegedly came to the school and attacked the principal.

"Renshaw Sr. entered the front office and immediately began assaulting the principal, who was able to defend himself until deputies arrived," Yuba County Sheriff said. "Renshaw Sr. was arrested for the assault, and school staff advised that Heidbreider had left."

Deputies went to the parents' home with a search warrant, and found a firearm which was allegedly brought on school grounds by the parents. The gun was self-manufactured and with no serial number affixed, police said.

Both Renshaw Sr. and Heidbreider were confirmed to be felons and prohibited from possessing firearms. They were arrested and booked in the Yuba County Jail on multiple charges including child endangerment, felon in possession of firearm, and assault on a school employee.