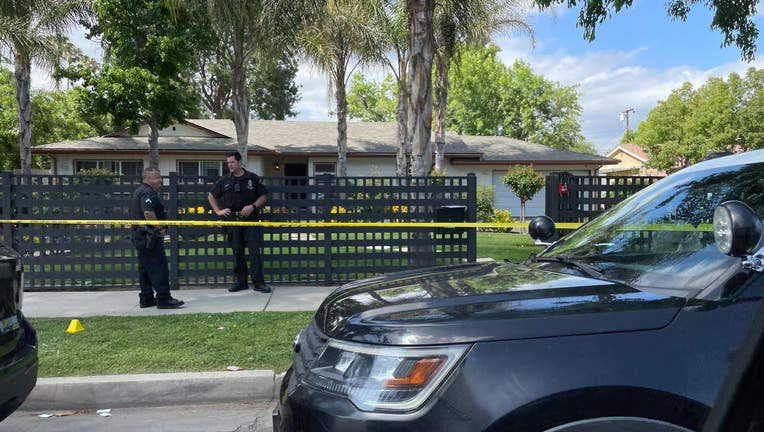 LOS ANGELES - Los Angeles police investigators said Monday a mother who was arrested on suspicion of murder for the deaths of three of her children in West Hills, "admitted to killing her children" with the assistance of a 16-year-old believed to be her son.

The mother was identified by authorities Monday as 38-year-old Angela Dawn Flores. She was booked on suspicion of three counts of murder, and her bail was set at $6 million.

Flores was named as the primary suspect and is the mother of seven children. Her three other children live out of state with their father.

Law enforcement sources told FOX 11 that her teen son has also been arrested in the investigation. The unidentified teen was booked on suspicion of one count of murder and is being held without bail at Sylmar Juvenile Hall, police say.

The case will be presented to the Los Angeles District Attorney's Office for consideration of filing charges, police said.

Around 7:40 a.m. Sunday, officers with the  Los Angeles Police Department were called to the 22500 block of Victory Boulevard, located near the intersection of Shoup Avenue after receiving multiple 911 calls from neighbors. The calls were initially reported as an assault with a deadly weapon.

Once at the scene, first responders made a gruesome discovery.

Officers found three children, a 12-year-old girl and 8-year-old twin boys, unresponsive inside the home. Paramedics declared the children dead at the scene and said it appeared they had been dead for several hours.

The cause of the deaths has not been disclosed by authorities. Their names were withheld.

Flores was immediately detained for questioning. She was then taken into custody, brought to a hospital for a mental evaluation, and was arrested Sunday evening.

The oldest sibling reportedly ran to a neighbor's house and was not injured when he was evaluated at the scene. However, law enforcement sources said he has since been arrested in the investigation.

Anyone with information on the investigation was asked to call the Abused Child Section, Juvenile Division at 213-486-0500. During non-business hours, calls can be directed to the LAPD at 1-877-527-3247.