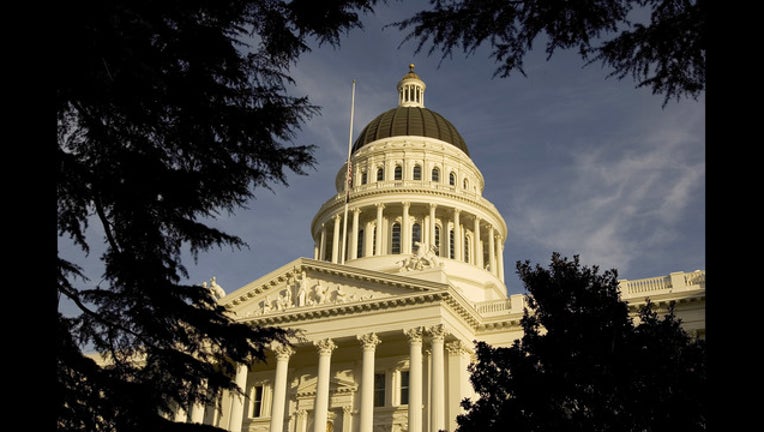 An exterior of the state capitol is shown on January 5, 2006 in Sacramento, California. (Photo by David Paul Morris/Getty Images)

SACRAMENTO, Calif. (AP) -- State lawmakers studying improvements to California's health care system on Tuesday rejected on a plan popular with Democratic activists to give everyone in the state government-funded health care, saying a "single-payer" plan would need extensive work to become viable.

The lawmakers instead released a report recommending a variety of ways to lower health care costs and reduce the ranks of the uninsured. It said creating government-run health care would be a long-term endeavor requiring new money and legislative staff and that such a plan would likely require approval from California voters and Congress.

Single-payer health care has become a rallying cry for many on the left, who have advocated for lawmakers to quickly boot health insurance companies from California. Democratic Assembly Speaker Anthony Rendon angered backers of such a plan last year when he shelved a single-payer bill, SB562, which he called woefully incomplete. It's poised to be a flashpoint in the race for governor among the Democratic candidates.

The report was prepared by two University of California professors and a private consultant at the behest of an Assembly committee created last year by Rendon under pressure from critics after he chided the single-payer bill for lacking a way to cover the $400 billion cost.

In the short-term, the report suggests creating a publicly run option for low-income patients on Medi-Cal, extending Medi-Cal to cover people living in the country illegally, fining people who don't have insurance coverage and collecting all health claims in a database to improve transparency and coordination.

"The report outlines some options for us to consider that will help increase access and affordability," Assemblyman Joaquin Arambula, a Fresno Democrat who was the committee's co-chairman, said in a statement. "This will allow us to make some immediate changes to expand coverage while we pursue long-term solutions."

The report angered the California Nurses Association, which developed SB562 and led protests of Rendon at the Capitol. Executive Director Bonnie Castillo called the report a "public disservice" and said the solutions it proposes "do nothing to address the cost crisis, other than provide political cover to politicians entering a political season who want to avoid the real solution, guaranteed health care for all, as proposed by SB 562."

The nurses have suggested funding the program through a combination of existing state and federal health care funds, payroll taxes and a sales tax.

Researchers noted several obstacles to advancing single-payer at the state level. California would need for federal waivers -- potentially including an act of Congress -- to use Medicare and Medi-Cal funds. State voters would need to approve tax hikes to get around a requirement nearly half of state revenue goes to education. And because the state can't run deficits, the system would need robust reserves to cover cost spikes or revenue shortfalls.