SAN LEANDRO, Calif. - A man incarcerated in California, his wife and a friend in San Leandro were part of an elaborate scheme where they stole nearly $2 million in unemployment debit cards. The trio hid money in flowerpots and picture frames and bought things such as a new Audi, all in cash, according to a federal indictment filed this month in U.S. District Court in Northern California.

The allegations, filed Sept. 16, allege that Ratha Yin, 34, who is incarcerated at Centinela State Prison in Imperial County; his wife, Amanda Yin, 31, who is a nurse in Indio, Calif., and Steven Mavromatis, 26, of San Leandro, who works at Bayshore Motor Group and who was referred to as "Lil Bro" in court documents, filed fake California EDD unemployment claims in the names of other people last fall.

None of the defendants could be reached Thursday for immediate comment. To date, they have no lawyers of record.

In a prepared statement, the Employment Development Department stated: "We appreciate the strong work of law enforcement in investigating this criminal activity from last year and bringing the perpetrators to justice. Last year, criminals across the country attempted to use stolen information off of the dark web to commit fraud against unemployment insurance programs. In response, EDD launched tough new fraud filters last year to close the front door on fraud—efforts that have prevented at least $60 billion in potential fraud."

In addition, the agency said that the EDD works closely with law enforcement agencies "to hold those accountable for scamming the system last year" before new fraud filters were installed. Over the past few months alone, investigators made several arrests across California and the EDD enlisted former U.S. Attorney McGregor W. Scott as Special Fraud Counsel to help ramp up these investigations and prosecutions. 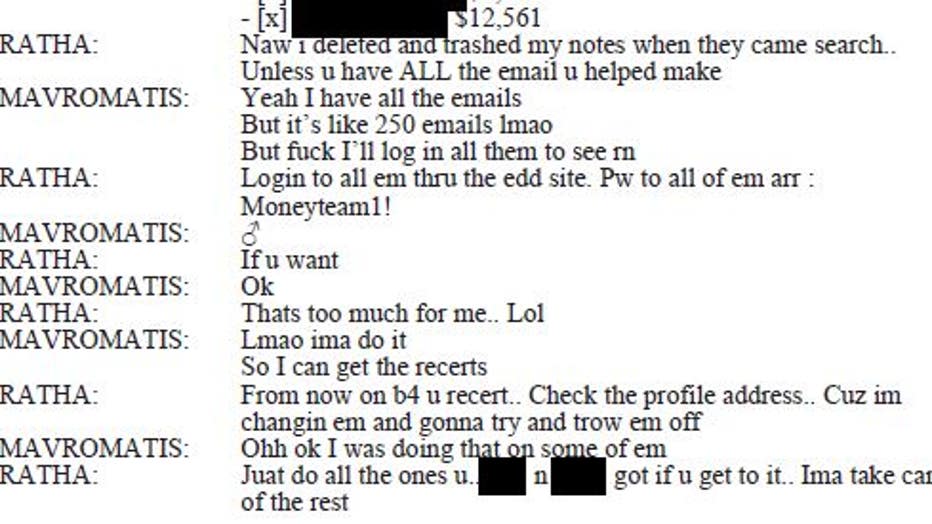 Texts between Ratha Yin in prison and Steven Mavromatis in San Leandro.

The plot was first discovered in Oct. 16, 2020, by a correctional officer at the prison and unraveled by Special FBI Agent Scott Medearis.

The correctional officer was searching Yin's cell and found a cell phone in his pants pocket and two SD cards hidden in a deodorant bottle. The officer found another phone hidden in a book.

When he turned the contraband over the the FBI, federal agents discovered hundreds of images of Bank of America debit cards, screen shots of websites containing personal IDs, screenshots of the EDD website showing names of these people and associated claim numbers. Images of "Robocheck," a dark web marketplace where you can buy personal identifying information for as little as $3, were also found, the FBI agent wrote.

There were also several WhatsApp messages found between Yin in prison to "Lil Bro," aka Mavromatis, in San Leandro, and his "wifey" in Indio. 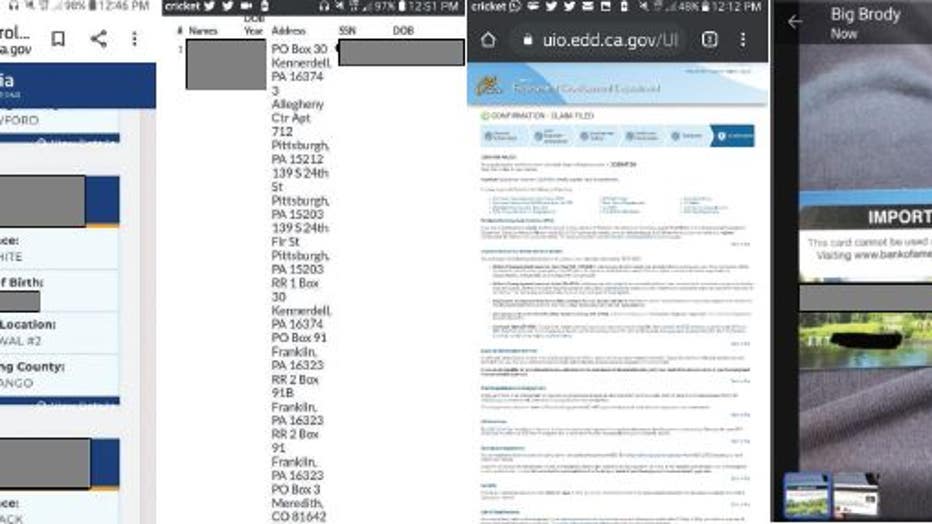 According to the FBI, Yin used at least one of the cell phones to communicate regularly from prison with Mavromatis to file fraudulent claims for unemployment insurance.

Amanda Yin allegedly helped collect the money and "disposed of some of the ill-gotten gains," prosecutors allege. The FBI noted that she bought a $70,000 Audi 2020 Q7, which she paid for in full with a cashier's check, and put down a down payment on a new home in May.

Federal agents and prosecutors allege the trio accessed the dark web to obtain personally identifying information for hundreds of people and then created email accounts for many of the unsuspecting victims to be used in connection with the scheme. 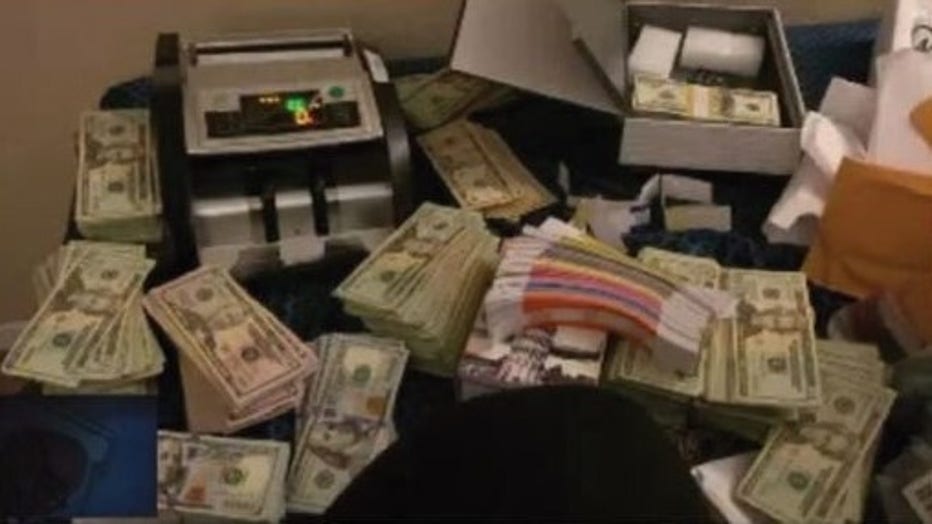 Ratha Yin and Mavromatis then used that fake information to file fraudulent unemployment claims.  When they did this, the EDD sent them pre-loaded Bank of America debit cards with a set cash balance to a P.O. Box controlled by Mavromatis.

Unnamed co-conspirators would then send pictures or call Ratha Yin in prison to boast of their loads; the FBI noted that Yin's face can be seen in some of the video calls.

An FBI analysis revealed at least $1.9 million of cash withdrawals were made from 91 fraudulently obtained debit cards.

Each of the three are charged with conspiracy to commit mail fraud and wire fraud in violation. If convicted, the maximum sentence is 20 years of prison.

They are not the first to defraud the EDD of the roughly $270 billion CARES Act funding, intended to help those who had lost their jobs during the pandemic.

As of July, Golden State authorities estimated the EDD doled out fraudulent claims totaling anywhere from $11.4 billion to over $31 billion after the state made it easier to get benefits in reaction to COVID-19's impact on the economy.