Republican candidates looking to replace Gov. Gavin Newsom are making their final pushes to get their messages out.

Newsom only needs a simple majority to stay governor. But if he misses that threshold, the challenger with the most votes will replace him.

Among the GOP candidates, Republican talk show host Larry Elder has extended his lead to 26%, former San Diego Mayor Kevin Faulconer is second at 5%, and businessman John Cox and Assemblymember Kevin Kiley are at 3% each.

RELATED: Race for CA governor: Learn about the candidates who plan to unseat Newsom

Despite the numbers, candidates hoping to oust Newsom remain confident. 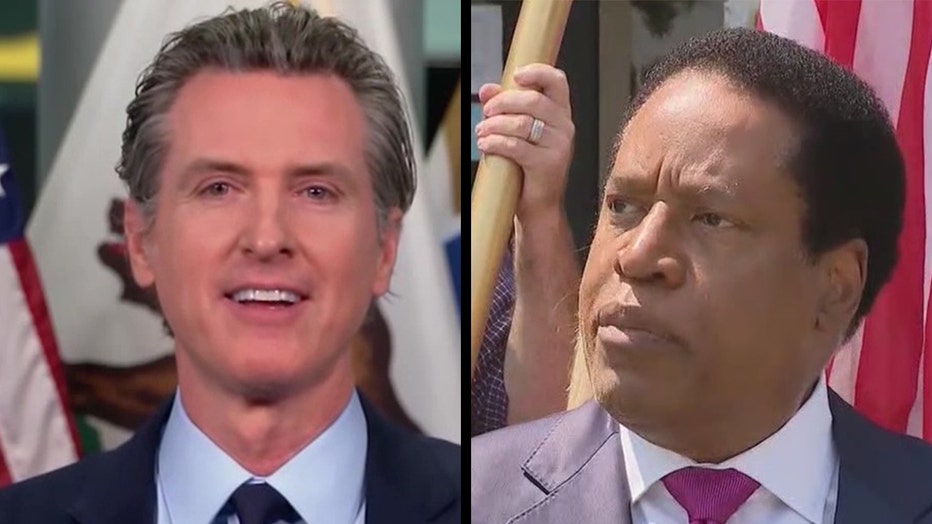 "Not only is the recall possible, it’s going to happen," Faulconer told Fox News in an interview.

The former San Diego mayor, who was the front-runner in the recall effort prior to Elder’s late entry, has been highlighting his political experience in an attempt to regain his lost lead.

"What I represent is somebody who has been elected and governed in the second largest city in this state – who knows how to solve problems," Faulconer, who has a moderate stance on most issues, said.

The GOP candidate has criticized Elder, a first-time candidate, for his lack of experience.

"Larry Elder does not have the skill set or the experience to be governor," Faulconer said at an Aug. 25 debate that Elder skipped.

During an interview at his home in Hollywood Hills, Elder told Fox News: "So much for political experience. If you don't have good judgment and common sense what difference does it make?"

The conservative radio host said his almost 30-year radio career allowed him to quickly take the lead after entering the race.

But despite their differences, they agree that Newsom must be removed from office.

"What we get from Gavin Newsom is a lot of lip service and no action," Faulconer said. He also said the legislature increases taxes as a catchall solution for the state’s problems.

"People are voting with their feet, they're leaving California," Faulconer told Fox News. While a recent study found that residents aren't leaving at an increased rate, California has seen major companies like Oracle, Tesla and Hewlett Packard announce plans to move their headquarters out of the state.

Elder said: "This state is in deep, deep trouble, people are in pain."

The rise in crime, the increasing amount of homelessness and the high cost of living are the largest issues facing Californians, Elder told Fox News.

He said that because of poor policies the state's left-wing legislature "pushed down the throats" of residents, "California has become a laughingstock, and deservedly so."