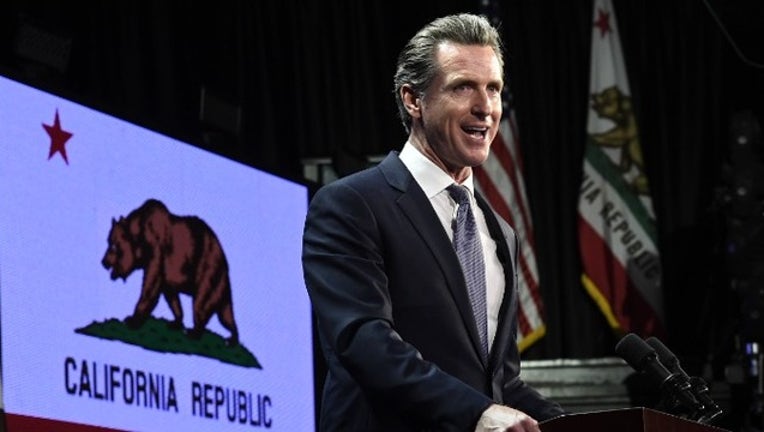 Gavin Newsom is preparing to take the reins from Jerry Brown. (Photo by Kevork Djansezian/Getty Images)

California law has until now been unclear on whether charter schools must hold public meetings, respond to public records requests and adopt conflict-of-interest policies. Teachers unions have demanded more transparency and argued charter schools drain money that should go to traditional public schools.

Beyond holding open meetings, the bill would require charter schools to adopt conflict-of-interest policies aimed at preventing board members from profiting. It says teachers can still serve on charter school boards, as many do, but may not vote on anything that would directly affect their employment.

Carlos Marquez, senior vice president of the California Charter Schools Association, told The Sacramento Bee that many charter schools already open their meetings and that he hoped the law would end "falsehoods" that people who run charters are "looking to line their pockets."

He praised Newsom for finding compromise.

But the Charter School Development Center, another charter lobbying group, said the bill sets onerous restrictions. Eric Premack, the group's executive director called it a "rock in the charter school back pack."

"I view this as another attempt by anti-charter folks to impose burdens on charter schools in the name of supporting something very positive, in this case transparency," he said.

While Premack said he doesn't think Newsom is anti-charter school, the state's charters are used to past governor's "playing goalie" against attempts by the Legislature to regulate them. Similar bills in the past died in the Legislature or were vetoed.

Whether or not charter schools are subject the same transparency laws as public schools is a yearslong debate. Attorney General Xavier Becerra issued an opinion saying they were in December - seven years after Lassen County's district attorney requested a ruling on the matter. Robert Burns, a former district attorney, didn't immediately respond to a phone message seeking comment about what prompted the question.

"The governor took a leadership role in helping get this bill to the finish line," Click said in an email. "He is pleased that this effort has received support from a broad coalition of teachers, parents, charter school supporters and open government advocates."

Democratic State Sen. Connie Leyva, the bill's author, said it will provide communities and parents "fair and open access to participate in the decisions and collective missions of their charter schools."