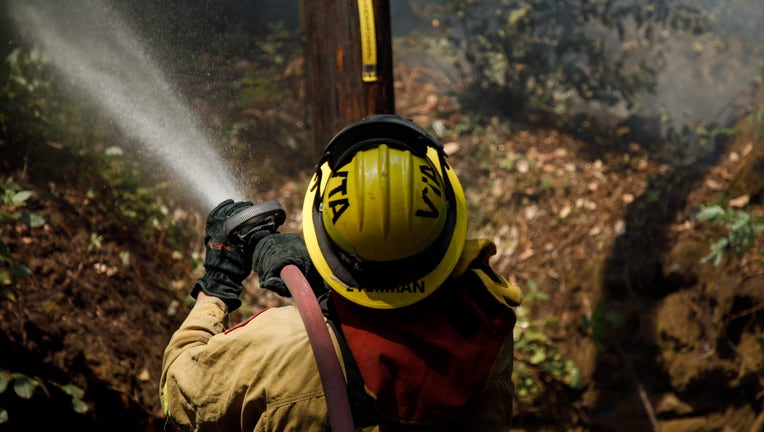 OAKLAND, Calif. - California's three major fire complexes are nearly contained, thanks to the roughly 14,000 firefighters beating back the flames and better weather conditions aiding their efforts.

Together, the three fire complexes burned more than 850,000 acres of land.

That is about half of the state's total: More than 2.3 million acres have burned in wildfires this year so far - a new record for California.

At a news conference on Tuesday, Gov. Gavin Newsom addressed the wildfire situation, noting that compared to last year, a total of 183,000 acres burned.

One of the largest fires now burning in the state is the Creek Fire in Fresno and Madera counties, which as of Tuesday had burned 143,000 acres and was 0% percent contained. 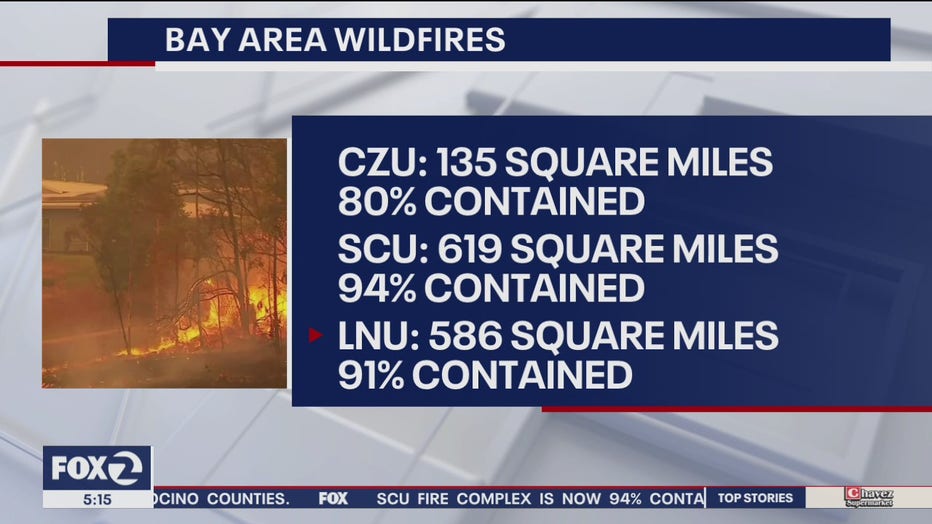 The most striking thing about the record is how early it was set, with the most dangerous part of the year ahead, said Lynne Tolmachoff, spokeswoman for the California Department of Forestry and Fire Protection, or Cal Fire.

“It’s a little unnerving because September and October are historically our worst months for fires,” she said. “It’s usually hot, and the fuels really dry out. And we see more of our wind events.”

Temperatures, which have been in the triple digits for the last several days, are expected to drop by as much as 20 degrees on Tuesday. But meteorologists warn that the fire danger is still high and gusting winds are in the forecast.