The incident unfolded on Saturday, August 1, 2020.

CAMPBELL, Calif. - Campbell Police rescued an injured woman with gunshot wounds from a residence in which a man appeared to have shot himself Saturday evening in the Timber Cove Mobile Home Park on Timber Cove Drive.

Earlier Saturday evening, Campbell police were asking motorists to avoid the area of Winchester Boulevard and Camden Avenue due to ongoing police activity.

According to a police report, just before 7:30 p.m., the police department received two 911 hang-up calls. Dispatchers called back and a woman answered, but the line was disconnected after dispatchers heard a disturbance.

Officers arrived and assisted two children fleeing the residence, and shortly after heard gunshots inside.

Officers were able to contact the woman who originally called and she informed them she had been shot and was unable to escape the home.

According to officers, an armed man exited the residence, but retreated back inside when he saw the officers, following which the officers heard another gunshot. 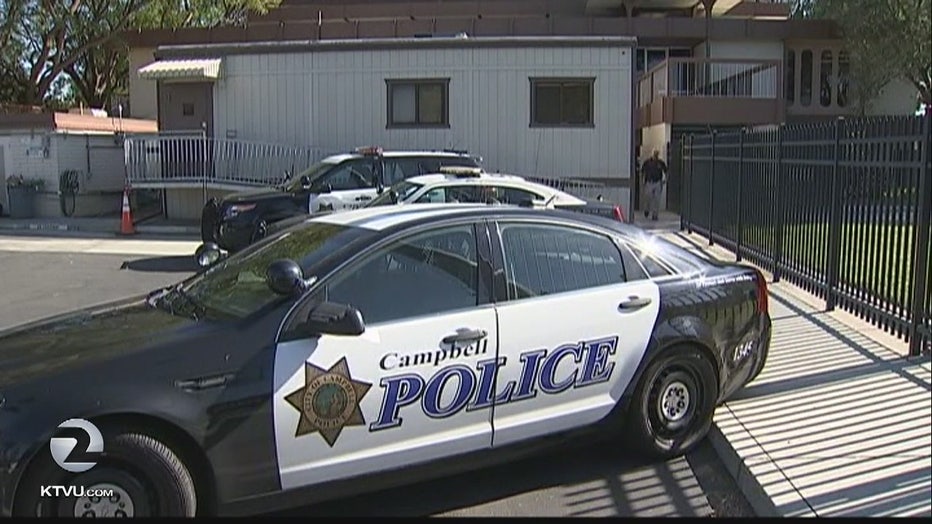 Officers coordinated the rescue of the woman, who was taken to a hospital and is being treated.

Officers found an adult man in the carport with what appeared to be a self-inflicted gunshot wound, according to police. The man was pronounced dead at the scene.

Campbell police are investigating this case as a domestic violence-related attempted homicide and suicide case, and no further details have been yet released.