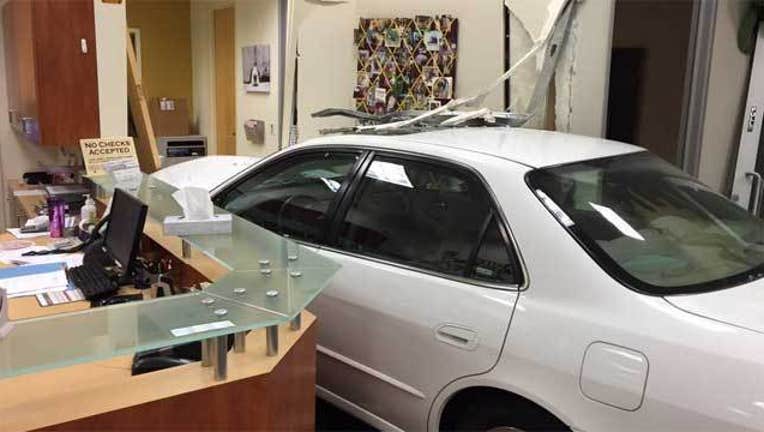 SAN JOSE, Calif. (KTVU) -- Police in the South Bay on Monday night released dramatic photos of a car that crashed through the front door of a Campbell pet clinic.

Campbell police said the accident happened at about 7:45 p.m. at the United Veterinary Hospital on Dell Avenue.

A hospital spokeswoman said she was in a hallway and two people were at the desk in the entry area when the car came smashing through the front door.

No one was injured including the driver and passenger of the car.

Police said speed rather than drugs or alcohol was the likely cause of the crash.