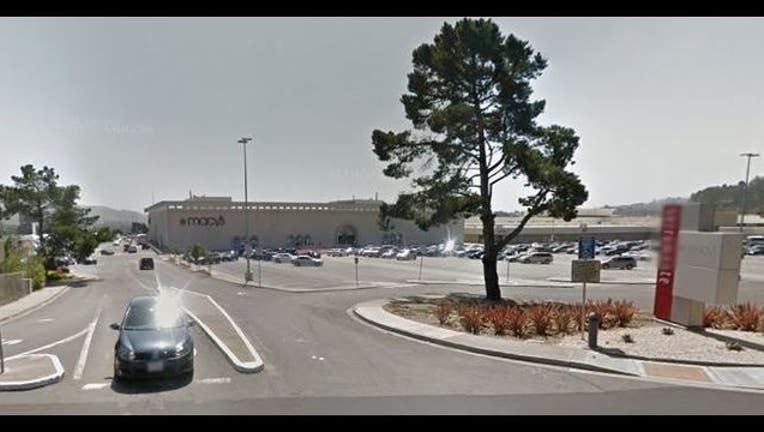 BIBLE AND GUN - A car stop by Daly City police led to the discovery of a loaded gun - and the Good Book - in the trunk.

It all began about 9 p.m. Saturday as two officers were patrolling the Serramonte Shopping Center because of a rash of car burglaries.

They stopped two people in a car for a mechanical violation and learned that the driver was on active probation for armed robbery.

The officers asked if he had anything illegal in his car, and he replied, "Just weed," police said.

The man gave the officers permission to search the car, and the officers found a bag and a backpack in the trunk.

"Inside the bag was a laptop, and inside the backpack was a case which contained a Bible, as well as a loaded Smith & Wesson revolver," police said.

The story gets stranger. During the stop, a man and family members of the driver approached the officers. The man "spontaneously said the firearm in the trunk belonged to him," police said.

Officers decided to bring the driver, the passenger and the man to the police station for further questioning.

The driver, a 23-year-old Oakland man was arrested for carrying a loaded gun and possession of a controlled substance. The passenger was released.

The third person, a 24-year old Vallejo man, was also arrested for carrying a concealed weapon and other weapons violations.