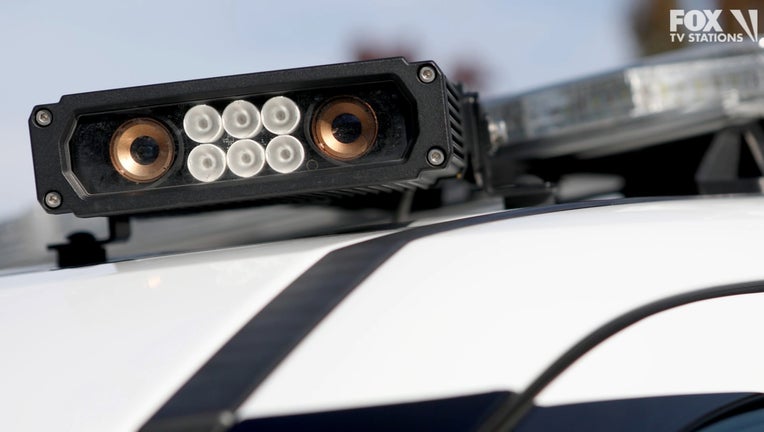 FILE PHOTO: One of three license plate reader cameras mounted to the roof of a patrol vehicle is photographed at the police station in Dublin Calif., on Nov. 22, 2017. Dublin is currently considering expanding its license reading equipment.

The sole occupant of that 2005 Lexus, Chelsie Erkel, 28, was arrested for possession of the stolen vehicle, narcotics found in the car and for possessing counterfeit currency, Sausalito police said.

The Lexus had been reported stolen from Fremont the day before. It had entered Sausalito at the 4000 block of Bridgeway when the alert sounded. Officers soon found the Lexus near the intersection of Bridgeway and Harbor Drive, and pulled it over near Nevada Street, where they detained Erkel without incident.

The car was searched, and officers found suspected methamphetamine and a counterfeit $100 bill.