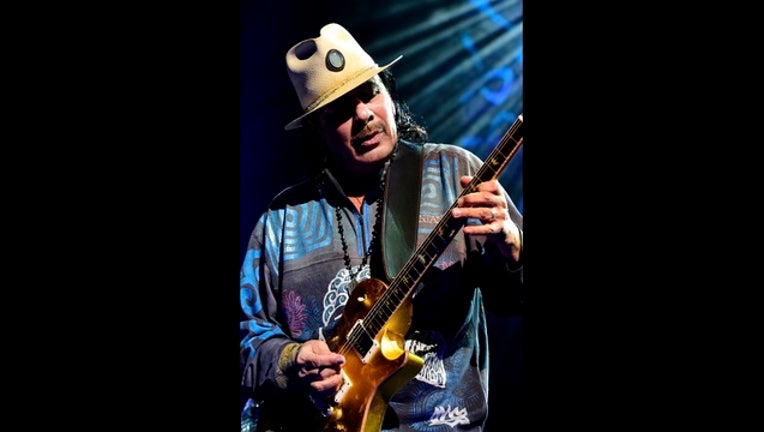 The NBA announced today that ten-time Grammy Award-winner and legendary San Francisco guitarist Carlos Santana will return to the NBA Finals stage alongside renowned bassist Benny Rietveld to perform the national anthem on Sunday, June 4 prior to the start of Game 2 of The Finals between the Golden State Warriors and the Cleveland Cavaliers.

Santana also performed the National Anthem before Game 2 of the NBA Finals last year. Here is video from that event.

Santana will launch a U.S. summer tour June 23 in Washington, and play across the country through August. Additionally, Santana is currently celebrating his fifth year in residency in Las Vegas at The House of Blues at Mandalay Bay Resort and Casino, and will soon announce a special recording project with The Isley Brothers. Visit www.santana.com for more information.