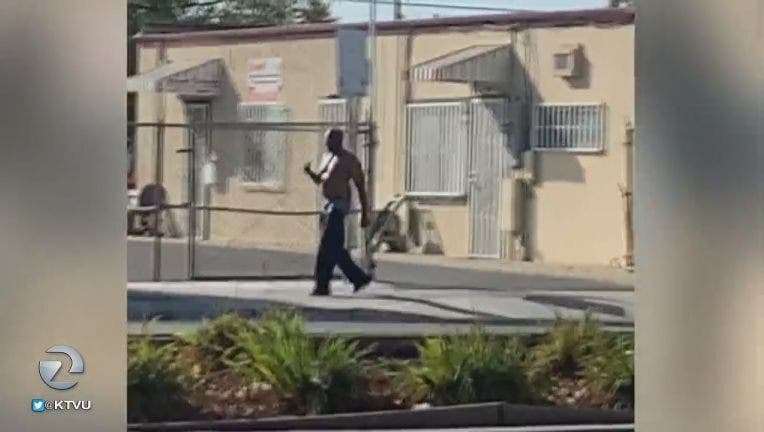 DUBLIN, Calif. - A judge on Thursday suspended the criminal proceedings against a San Francisco man charged with murder for the fatal stabbing of a 49-year-old man on a BART train at the transit agency's South Hayward station in November.

Alameda County Superior Court Judge Stuart Hing issued his ruling after defense lawyer Mark McGoldrick expressed doubt about the mental competency of Jermaine Brim, 40, who is charged in connection with the death of 49-year-old Oliver Williams of Oakland on Nov. 19.

Brim is scheduled to return to court on Monday for a mental competency hearing before another judge, Superior Court Judge Michael Gaffey.

Another major development in Brim's case on Thursday is that the Alameda County District Attorney's Office filed an amended complaint in which it added the special circumstance of committing a murder during an attempted robbery to the charges he already faced.

McGoldrick objected to the amended complaint but Judge Hing allowed it to be filed.

If the court appoints psychiatrists to examine Brim and they agree he is incompetent to stand trial he would be placed in a state mental institution to get treatment aimed at restoring his competence.

If Brim is restored to competence he could still stand trial at a later date. If he's convicted of murder with special circumstances he could face life in prison without parole or the death penalty.

BART police said Brim, who had walked away from a San Leandro hospital sometime before the stabbing, and Williams got into a physical confrontation at about 1 p.m. on Nov. 19 after Brim tried to steal shoes from another passenger who apparently was asleep and Williams intervened when he saw the attempted theft.

Police said Williams produced a knife during his confrontation with Brim but Brim was able to control the knife and allegedly used it to stab Williams multiple times.

Williams suffered multiple stab wounds to his neck and was pronounced dead at 1:09 p.m. on Nov. 19.

At about the same time Hayward police notified BART police that a man matching the description of the suspect had been spotted near Tennyson Road and Mission Boulevard, near the South Hayward station, BART police Officer Ronald Rodriguez wrote in a probable cause statement.

Witnesses told police that the stabbing suspect, who hadn't yet been identified, was trying to wash blood off his body and clothing at a gas station at Tennyson Road and Mission Boulevard, according to Rodriguez.

The suspect then ran over to an auto dealer next door, grabbed the keys for a car from salesman Steven Castro and attempted to steal the vehicle, but it didn't start, Rodriguez wrote.

He then ran into the street, stopped a vehicle and tried to take that car but was unsuccessful, Rodriguez said.

Officers were then able to arrest and identify Brim.

A BART spokesperson said Brim had been labeled as a "missing person at-risk" after disappearing from the San Leandro hospital but didn't say when Brim left the facility.