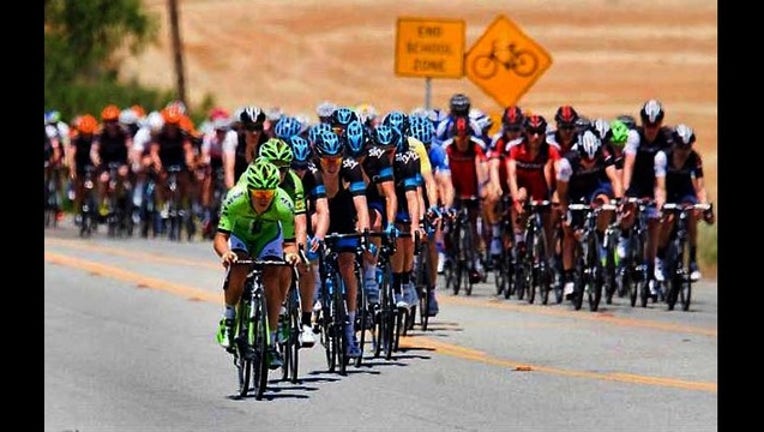 Eighty-four women representing 14 teams will begin two days of racing Friday in the Sierra Nevada with a 74-mile counterclockwise loop around Lake Tahoe in the new women's three-day stage race.

Poor weather, including possible snow, is forecast Friday and Saturday.

Armstrong, now in her second retirement comeback, will join 24 women competing in Big Bear Lake in next Thursday in individual time trial to coincide with stage 6 of the men's race.

''I am really excited about the Tahoe course,'' Stephens said. ''All the climbing. They definitely look like difficult stages. The Sacramento stage will be a day for the fans. It will be such a short circuit, the fans can watch the whole race.''

Cavendish of Britain, who has five stages in the Tour of California among his more than 150 career wins, will be favored in the opening stage of the eight-day men's race Sunday in Sacramento. The race ends May 17 at the Rose Bowl in Pasadena.

The 126.2-mile men's opening stage will start at the same location as the end day of the women's stage race, a 34-mile circuit race. The 18-team field will ride through numerous Central Valley cities before returning to Sacramento for an afternoon finish.

Robert Gesink of the Netherlands, a climbing specialist who won the overall race in 2012, is the only returning titlist. American Lawson Craddock will compete after finishing third last year, 1 minute and 48 seconds behind titlist Bradley Wiggins of Britain.

Wiggins, the 2012 Tour de France winner, is not entered.

Marcel Kittel of Germany withdrew from the event Thursday with a lingering shoulder ailment. His team will have seven riders and the starting field will be reduced to 143.