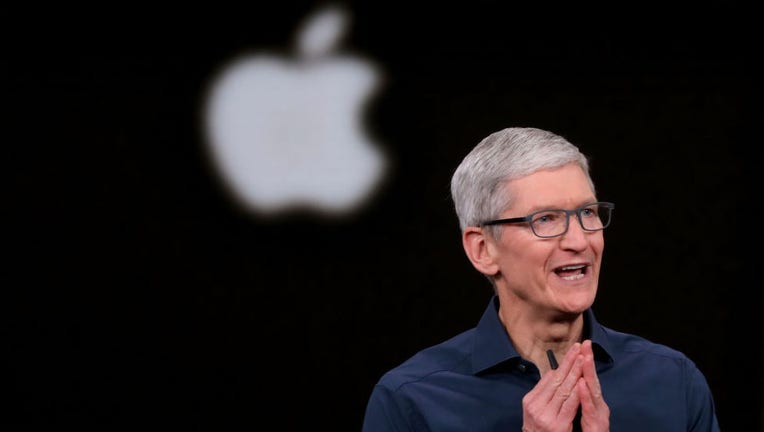 NEW YORK - Even when regular workers win their biggest raises in decades, they look minuscule compared with what CEOs are getting.
The typical compensation package for chief executives who run S&P 500 companies soared 17.1% last year, to a median $14.5 million, according to data analyzed for The Associated Press by Equilar.

The gain towers over the 4.4% increase in wages and benefits netted by private-sector workers through 2021, which was the fastest on record going back to 2001. The raises for many rank-and-file workers also failed to keep up with inflation, which reached 7% at the end of last year.

CEO pay took off as stock prices and profits rebounded sharply as the economy roared out of its brief 2020 recession. Because much of a CEO’s compensation is tied to such performance, their pay packages ballooned after years of mostly moderating growth.

In many of the most eye-popping packages, such as Expedia Group’s, valued at $296.2 million and JPMorgan Chase’s $84.4 million, boards gave particularly big grants of stock or stock options to recently appointed CEOs navigating their companies through the pandemic or to established leaders they wanted to convince to hang around. 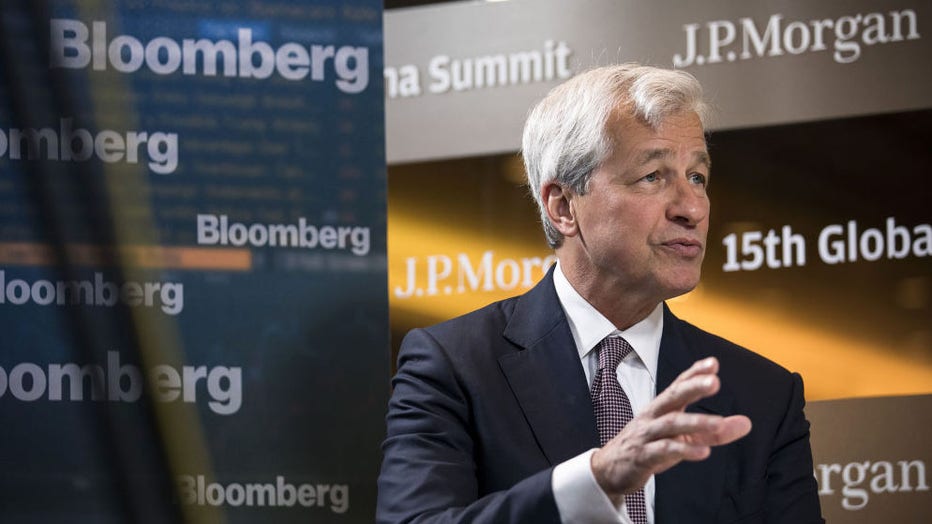 Jamie Dimon, chief executive officer of JPMorgan Chase & Co., speaks during a Bloomberg Television interview on the sidelines of the JP Morgan Global China Summit in Beijing, China, on Wednesday, May 8, 2019. (Giulia Marchi/Bloomberg via Getty Im

The CEOs often can't cash in on such stock or options for years, or possibly ever, unless the company meets performance targets. But companies still must disclose estimates for how much they’re worth. Only about a quarter of the typical pay package for all S&P 500 CEOs last year came as actual cash they could pocket.

Whatever its composition, the chasm in pay between CEOs and the rank-and-file workers they oversee keeps widening. At half the companies in this year’s pay survey, it would take the worker at the middle of the company's pay scale at least 186 years to make what their CEO did last year. That’s up from 166 a year earlier.

At Walmart, for example, the company said its median associate made $25,335 in compensation last year. That means half its workers made more, and half made less. 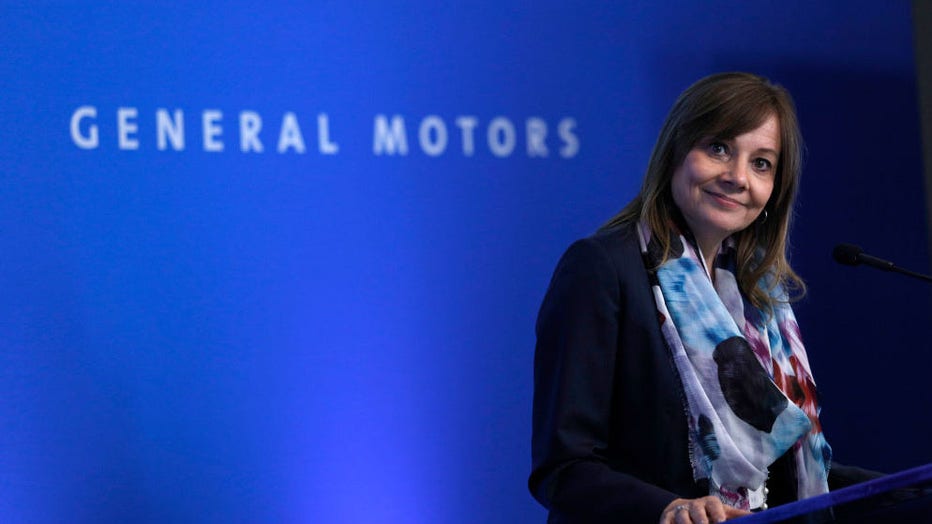 Anger is growing over such an imbalance. Surveys suggest Americans across political parties see CEO pay as too high, and some investors are pushing back.

Workers are trying to organize unions across the country, and the "Great Resignation" has emboldened millions to quit to find better jobs elsewhere. The U.S. government counted more than 4 million quits during April 2021 alone, the first time that happened. The monthly number has since topped 4.5 million twice.

"That is going to add a huge cost to corporate bottom lines, to have these kind of turnover rates," said Sarah Anderson, director of the global economy project at the progressive Institute for Policy Studies.

"They should be thinking about what kind of message they’re sending to those people, about whether they’re really valued in their jobs," Anderson said. "When the guy in the corner office is making several hundred if not thousands of times more, that’s sending a really demoralizing message."

Gains for CEO pay had been slowing in recent years, with the median rise easing from 8.5% in 2017 to 4.1% in 2019. It ticked back up to 5% in 2020, which was a complicated year because the pandemic shut down the economy and profits at many companies tanked.

For 2020, many companies rejiggered the intricate formulas they created to determine their CEOs’ pay. The tweaks made up for losses caused by the pandemic, something many boards said was an extraordinary event outside the CEO’s control.

Then came 2021. Thanks to a reopened economy, super-low interest rates from the Federal Reserve and other factors, stock prices soared and the S&P 500 jumped nearly 27%, setting records through the year. Earnings per share soared roughly 50%.

Throughout the year, CEOs had to navigate snarled supply chains and shortages of chips and other key materials that impacted businesses across industries, said Dan Laddin, a partner at Compensation Advisory Partners, a consulting firm that works with boards.

"All this led to a desire to really reward" executives, said Kelly Malafis, also a partner at Compensation Advisory Partners, "because the financial performance was there, and the view was that management teams were exceptional in navigating the situation and delivering results."

Last year’s 17.1% leap for median pay of S&P 500 CEOs was the biggest since a 23.9% surge for 2010 compensation packages, according to the data analyzed by Equilar.

Consider Marry Barra, CEO of General Motors. Her industry was particularly hard hit by the shortage of computer chips, which snarled auto production.

Even so, GM's board highlighted how the company still delivered record earnings before interest, taxes and some other items. The automaker also accelerated development of its electric vehicles. Those are two of the factors that influence Barra's pay, and her compensation climbed 25.4% to $29.1 million.

"I would hope that the corporation making record profits would recognize that the workers doing the work are the ones generating the revenue," said Dave Green, a hot metal driver at a GM facility in Bedford, Indiana. "We're just trying to get by."

He cited in particular temporary workers making roughly $16 hourly, who have to work years before coming on as full-time employees and don't get many opportunities for days off in the meantime.

"The new people coming in, their kids are not going to be able to have the opportunities my kids had," said Green, who has two daughters and started at GM as a summer helper in 1989.

Closer to the top of the rankings for CEO pay last year was JPMorgan Chase’s Jamie Dimon, whose compensation package valued at $84.4 million was the fifth-highest in the AP survey. That was up 166.7% from a year earlier, and most of it came from an award of stock options valued at $52.6 million.

The board said it provided the options because of its desire for Dimon, who is 66, to keep leading the company for significantly more years and a "unique inflection point in Mr. Dimon’s tenure." It also said the options weren’t a part of his regular annual compensation and that he must wait at least five years to begin exercising them.

Even so, only 31% of investors at JPMorgan Chase’s annual meeting of shareholders recently gave a thumbs up on Dimon’s pay package. The vote is only advisory, though, and doesn’t force the company to make changes.

Last year, a median of 92.6% of shareholders approved what’s called their "Say On Pay" vote in the AP's survey. That was down just a bit from 93.4% the year before.

The AP’s and Equilar’s compensation study included pay data for 340 CEOs at S&P 500 companies who have served at least two fiscal years at their companies, which filed proxy statements between Jan. 1 and April 30. Some high-profile CEOs are not included because they don’t fit the criteria, such as Amazon’s Andy Jassy and Twitter’s Parag Agrawal. The survey does not count changes in the value of CEOs’ pension benefits and some other items in its totals for compensation.