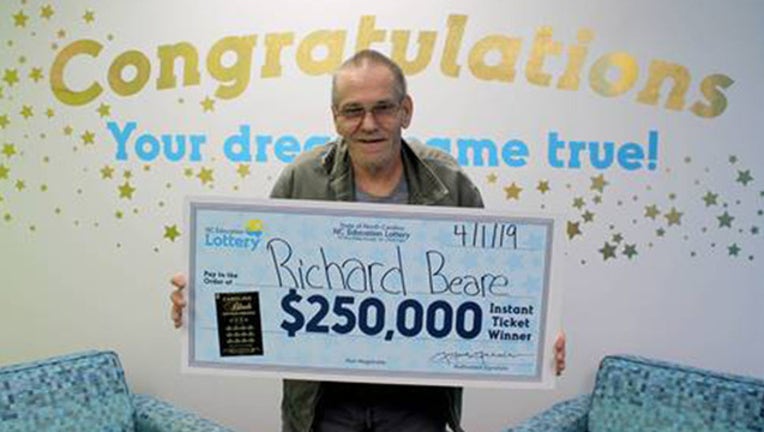 Richard Beare of Charlotte is planning to travel the world after he won a $250,000 lottery prize.

CHARLOTTE, N.C. (FOX 46 CHARLOTTE) - A Charlotte man recently diagnosed with cancer is planning to travel the world with his wife after winning $250,000.

“I recently got diagnosed with stage four liver cancer,” winner Richard Beare said. “I want to travel while I can still enjoy myself. My wife has always wanted to go to Italy, since that’s where her descendants are from. Now I can take her. ”

“I rarely play the lottery,” Beare said. “I only stopped because my wife asked me to get a Powerball ticket since the jackpot was so high.”

While he was there, the retired mechanic also got four Carolina Black tickets.

“The fourth one was the winner,” Beare said. “When I saw that I had matching numbers, I asked her, ‘What does it mean if I match the numbers?’ She said it meant I won a prize. I told her, ‘Well, I guess we just won $250,000 then.’ She was in shock and just kept looking back and forth to me and the ticket.”

“This feels great,” Beare said when he got the check. “It’s such a relief.”