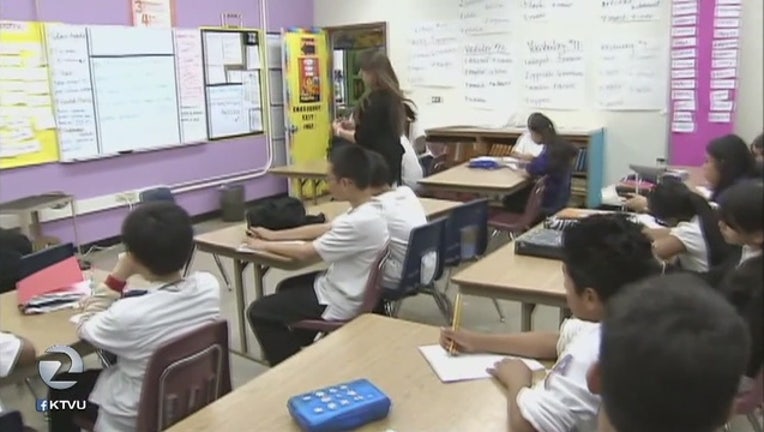 Three California school districts, including two in the Bay Area,  lost a total of  $142.5 million to public charter schools during the 2016-17 school year, according to a report conducted by a think tank that critics claim is politically biased.

The Oakland Unified School District lost $57.3 million and San Jose’s East Side Union High School District $19.3 million, according to In The Public Interest, a nonprofit centered on " privatization and responsible contracting."

The report, "Cost of Charter Schools for Public School District," published Tuesday, compared the school districts’ 2016-17 budgets to what they could have been if 15,487 students in Oakland’s charters and 4,811 in East Side Union’s charters enrolled in traditional public schools instead. The report also found that the San Diego Unified School District lost $65.9 million by the "unchecked expansion of privately managed charter school."

The state allocates money to school districts based on their daily student attendance figures.

In response, the California Charter School Association called the report "pure progaganda." The association issued a statement saying saying the think tank's author is a pro-union advocate who has a specific anti-charter bent.

“Charter public schools are an essential partner in a school district’s mission to provide all students with a high-quality public education and are a valuable part of California’s public education system. But they are not responsible, nor do they have control over, any district’s financial decisions,” the statement read. "This report is yet another tactic by special interests to prioritize politics over kids - it is pure propaganda and is far from impartial as the author claims."

The author, University of Oregon Labor Education and Research Center professor Gordon Lafer, who led the yearlong study, told Bay Area News Group that the purpose of  the report was not to advocate for or against charter schools but rather to provide a first-of-its-kind analysis of how they impact school districts’ financial health.

Senate Bill 1362, introduced by Sen. Jim Beall, D-San Jose in February, would allow governing boards to deny charter school petitions based on their effects on the rest of the district.