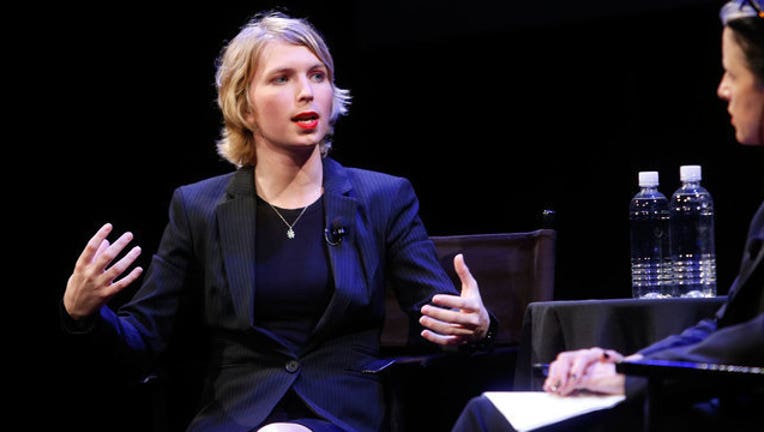 The former U.S. Army private convicted of leaking over 700,000 classified documents has an uphill battle to defeat Sen. Ben Cardin. But Manning's international fame will almost certainly prevent the two-term senator from ignoring his primary challenger in the heavily Democratic state.

Cardin won the Senate seat in an open race in 2006 and hasn't faced a serious threat since. The top Democrat on the Senate Foreign Relations Committee told The Associated Press on Tuesday that he plans to focus on his own candidacy and looks forward to a "strong campaign" against Manning or any other contenders.

When asked specifically about Manning, Cardin said: "Each person brings their unique qualifications. I'm sure she will do what she needs to to try and articulate those."

Already Manning's intention to compete against Cardin has generated headlines and international attention.

The transgender woman, known as Bradley Manning when she was convicted in 2013 of leaking a trove of classified documents, was released from military prison in May after serving seven years of a 35-year sentence. President Barack Obama commuted her sentence to time served plus 120 days in the final days of his administration.

Todd Eberly, a political science professor at St. Mary's College of Maryland, said Manning is sure to generate much media coverage due to her "sheer notoriety" but expects the political novice will face a tough time trying to chip away at Cardin's support.

"It's really hard to see how voters would cast him aside for someone who spent time in military prison for violating the Espionage Act. I mean, that's a lot to expect voters to be willing to do," Eberly said by phone Tuesday.

Eberly said Maryland has never been an "unabashedly liberal" blue state, describing it as a place with a "tendency to be far more pragmatic when it comes to electing folks." It is home to numerous federal employees, including those at the headquarters of the U.S. National Security Administration in Fort Meade, and a Republican occupies the governor's office.

Manning, 30, is already hinting at a no-holds-barred challenge. In a tweet, she called Tuesday for the U.S.Immigration and Customs Enforcement and U.S. Customs and Border Protection agencies to be abolished, saying "the reign of terror must end."

She confirmed on Sunday that she's a candidate for U.S. Senate, three days after making her intention known to federal election authorities. A campaign video on her Twitter page weaves together images of white supremacists holding tiki torches in Charlottesville, Virginia, as well as protesters clashing with police elsewhere.

"We don't need more or better leaders," Manning said in the voiceover. "We need someone willing to fight. We need to stop asking them to give us our rights. They won't support us. They won't compromise."

Manning, a former Army intelligence analyst, was convicted in 2013 of leaking a trove of classified documents to the anti-secrecy website WikiLeaks. She came out as transgender after being sentenced.

The Oklahoma native has been registered to vote in the Washington, D.C., suburb of North Bethesda since mid-August, according to the Maryland State Board of Elections.

She's yet to file for the primary with the state elections board, which she must do in person by Feb. 27, according to the board's website.

Cardin is also yet to file. But campaign finance reports show that his organization had nearly $2 million cash on hand in late September.

A spokesman for Maryland's Republican Party didn't return an email seeking comment about whether Manning's entry changes the GOP's electoral strategy. Currently, no Republican candidates have filed to run.