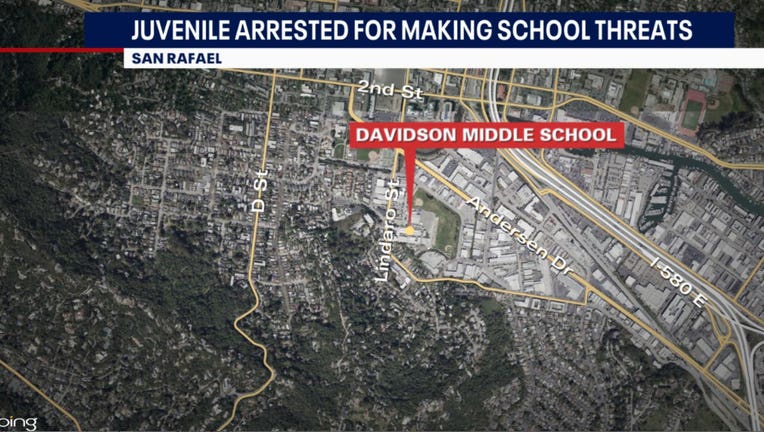 The juvenile, who was not identified due to their age, reportedly made statements the on a social media platform.

The social media post threatened to cause harm to students and faculty at Davidson Middle School in San Rafael.

Detectives say they worked with the social media company to track down the user who posted the statement.

Once police identified who they believed to be responsible, detectives went to the residence of the juvenile and arrested them for making criminal threats.

Detectives made the arrest less than 24-hours after the incident began.

Detectives say while speaking to the child, they determined that the juvenile doesn't have the means to carry out an attack.

The juvenile was booked into Marin County Juvenile Hall.

"We are grateful to the parents and students who did the right thing and notified SRPD immediately upon seeing the social media post. This is a perfect example of, ‘See something, say something,'" San Rafael police said in a statement Sunday.