OAKLAND, Calif (KTVU) - The California Highway Patrol has a message for drivers: SLOW DOWN.

Though there are fewer drivers on the road during the COVID-19 pandemic, the department has noticed an 87% uptick in citations for speeding over 100 mph.

California issued its statewide stay-at-home order on Mar. 19. From then to April 9, CHP has issued 2,493 speeding tickets to drivers traveling at speeds of more than 100 mph. That's compared to 1,335 citations during the same period last year, the department said.

But since the stay-at-home order has been in place, the California Department of Transportation (Caltrans) has measured a 35% decline in traffic congestion compared to the same time last year. 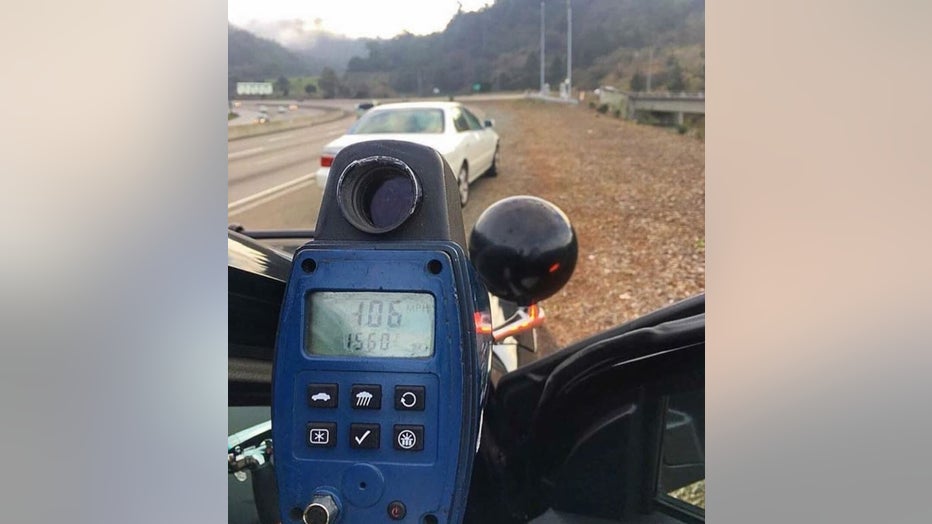 “Excessive speed and unsafe driving threaten everyone using our highway system,” said Caltrans Director Toks Omishakin. “Viewing less congested roads as an invitation to drive dangerously jeopardizes the safety of construction and maintenance crews who are working to maintain reliable access to our highways when people need it most.”

CHP Commissioner Warren Stanley called the jump in the number of citations alarming. Stanley said drivers traveling at higher speeds increase the chances of accidents that can result in serious injuries or death.

“Fewer cars on the road doesn’t give drivers the green light to travel over the speed limit,” said Director of the California Office of Traffic Safety, Barbara Rooney. “Driving at a safe speed when you must go out is one way to keep you and your family safe during this pandemic.”