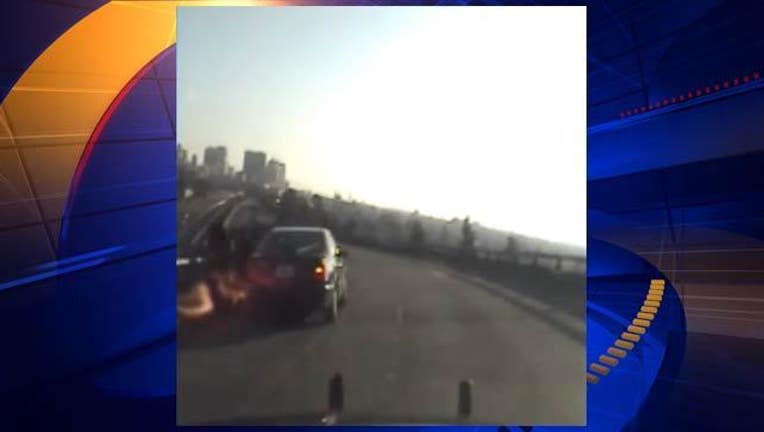 OAKLAND, Calif. (KTVU and wires) -- The California Highway Patrol has released dash-cam footage of an officer saving the life of a suicidal man who was trying to jump off a bridge in Oakland last month, the CHP announced Thursday.

Peters stopped the man and a struggle ensued, according to the CHP. Peters grabbed hold of the man's wrist and jacket, and was able to keep him from falling until another CHP officer arrived with two off-duty officers from the Oakland Police Department and the Alameda County Sheriff's Office.

The four officers together were able to pull the driver, a 47-year-old Carpenteria man, back over the ledge. He was taken to a hospital for a psychiatric evaluation, according to the CHP.