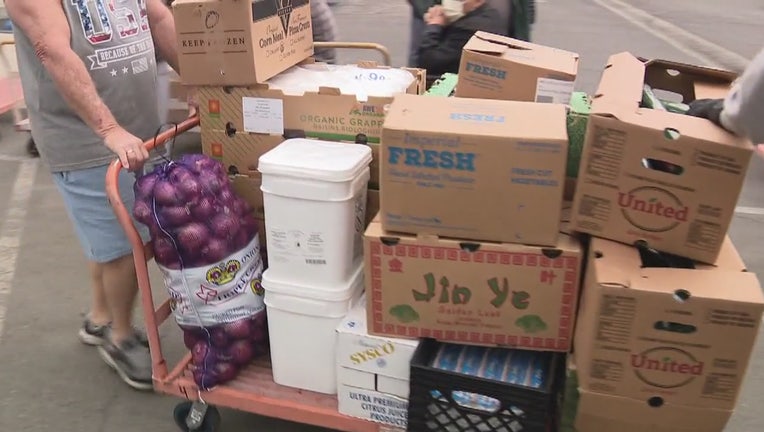 HAYWARD, Calif. - City of Hayward officials issued an apology Thursday for the letter from President Donald Trump included in about 700 boxes of food sent to needy families about one month before the presidential election.

The boxes were distributed Thursday as part of the city's weekly
no-contact food distribution at Chabot College. The letter was on White House stationary and included the president's signature.

The letter was also in food boxes that went to other food banks in
the Bay Area including the San Francisco-Marin Food Bank, Keely Hopkins, spokeswoman for the food bank, said.

Hayward officials said the language in the letter was deemed
political and they apologized. They said they didn't know the letter was in the box until after about 700 were distributed.

Once the letter was discovered it was removed from the remaining
boxes. Hopkins said the San Francisco-Marin Food Bank is also removing the letter.

She said they don't want participants to think that the food bank
is pushing a political message or is affiliated with a government. She didn't know if any boxes of food went out before the letter was removed.

The boxes were delivered to Hayward and other food pantries
nationwide through the U.S. Food and Drug Administration's Coronavirus Food Assistance Program.

Hayward officials said the letters were removed because they were inappropriate and a potential violation of law.