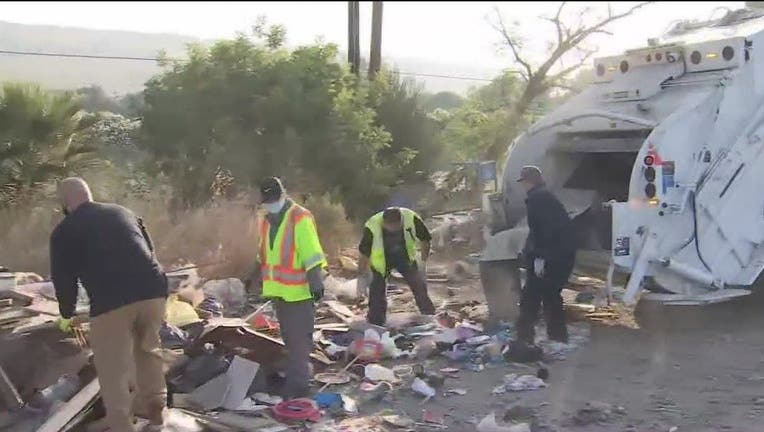 San Jose has increased fines for illegal dumping in the city.

SAN JOSE, Calif. - The San Jose City Council has approved a proposal to increase the illegal dumping fine to $10,000 for each offense, a 400% jump from the previous $2,500 fine.

On April 28, San Jose Councilmember Sergio Jimenez and Planning Commissioner Rolando A. Bonilla announced a collaboration to increase fines to fight against increasing blight in the city.

"Although we are in a pandemic, we will not allow anyone to turn our communities into dumping yards," said Bonilla who serves as the vice-chair for the San Jose Planning Commission.

Up until the the changes were approved by the City Council Tuesday night, the city used a tiered system of fines which started at $2,500 for the first offense and went up to $10,000 for the third offense.

Jimenez said the three-strikes approach sent the "wrong message to those seeking to harm our communities."

"Our residents work hard to maintain our neighborhoods, and for that reason our city owes it to them to give them the support they need to protect our communities from illegal dumping."

Bonilla said illegal dumping fines will not impact the unhoused community who may have couches or other items on public property. To him, the homeless population is often used as a scapegoat for the increased blight but are not the source of the problem.

Residents looking to get rid of unwanted items can do so for free by scheduling a junk pick-up through the city.