Armstrong beat&nbsp;out three other candidates, including his own wife. Henry Lee reports.

OAKLAND, Calif. - The city of Oakland has a new top cop - the 10th since 2003. The appointment comes as the department is nearing its 20th year under federal oversight and is seeing its homicide rate spike, nearly a year into the coronavirus pandemic.

In a video tweet, Schaaf said she was very excited to have Armstrong on board.

She called Armstrong "a mentor" and "a leader."

Answering her on the produced video, Armstrong said that's what he plans to bring to the job and as someone who is "grounded in Oakland."

Armstrong beat out three other candidates, including his wife, Drennon Lindsey, who has been acting as interim deputy chief. She will remain in that role overseeing investigations.

John Burris, a civil rights attorney who has sued the department many times, said Armstrong is a good choice.

"One of the reasons we like this appointment is that he knows the issues, from my point of view, knowing these issues allows him not to have a steep learning curve," Burris said. "He can hit the place running from Day 1."

Armstrong replaces Anne Kirkpatrick, who was fired by the Police Commission last year, with approval by Schaaf.

Because of past abuses, the OPD is under federal oversight and must carry out court-ordered reforms.

Sources confirmed to KTVU that Oakland has selected a new police chief.

Commissioners said the police department under Kirkpatrick's leadership failed to increase compliance with court the orders, which have been in place for about 20 years. The goal of the commissioners is to be free of this federal oversight.

Armstrong said in the video that he grew up in Oakland and didn't always feel safe, and so it's now his job to make the city safer, even despite the rising homicide rate, including the past death of his older brother in 1985 at Oakland Tech and the recent death of his godsister.

"So it's my job now to do everything I can to make sure that we as a Police Department do our job," Armstrong said.

He said that he wants to involve the community in finding the solutions.

In addition, Armstrong is now head of a department facing fallout from police officers making controversial racial and sexist comments on a now-deleted Instagram page that had the handle "crimereductionteam." 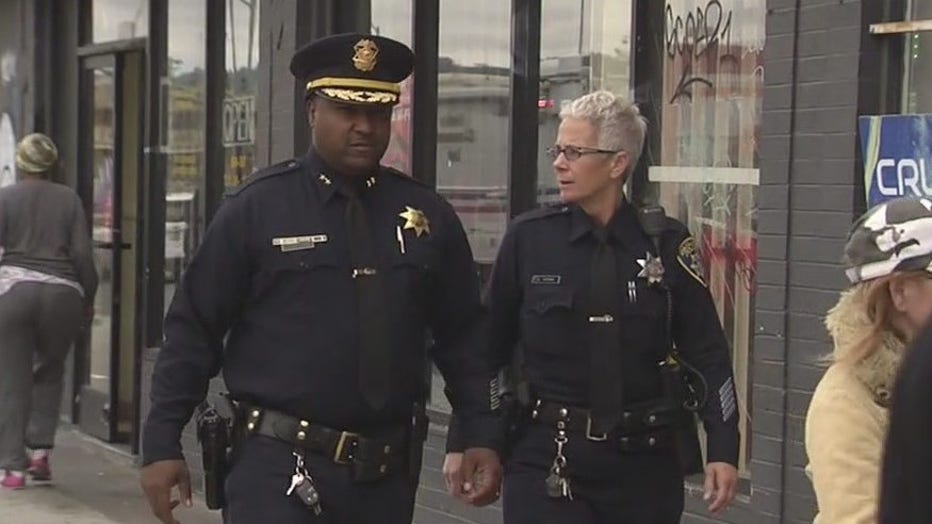 He is a product of West Oakland and a graduate of McClymonds High School. He holds has a bachelor’s degree in criminal justice and master’s degree in organizational leadership. He started as an officer in the patrol division and has worked his way up the ranks over the last two decades.

"Chief Armstrong is a son of Oakland, deep roots in the community, proven experience, over 20 years with the department, has the respect of many," said Loren Taylor, an Oakland city councilmember.

KTVU's Henry Lee and Lisa Fernandez contributed to this report.