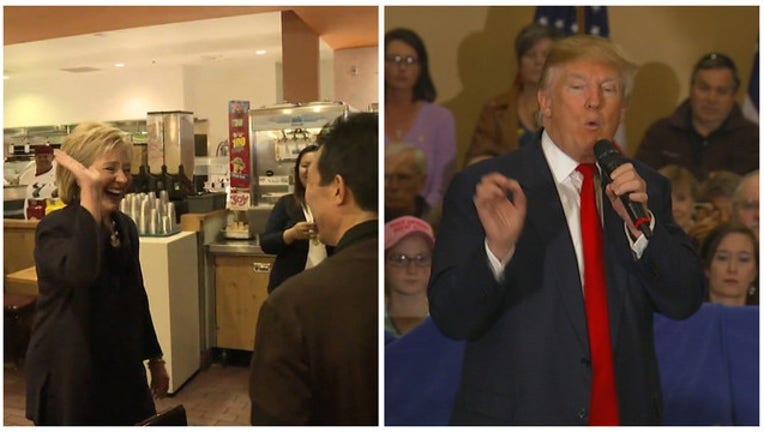 LAS VEGAS, Nevada & COLUMBIA, SC (AP) - Donald Trump claimed victory in South Carolina's Republican primary Saturday, deepening his hold on the GOP field as the contest moves into the South. Ted Cruz and Marco Rubio were in a race for second place.

Hillary Clinton pulled out a win in Nevada's Democratic caucuses, overcoming an unexpectedly strong surge by Bernie Sanders and easing the rising anxiety of her supporters.

Trump's strong showing in South Carolina marked his second straight victory in the Republican primaries. Underscoring the electorate's frustration with Washington, he was backed by nearly 4 in 10 of those who were angry at the federal government, and a third of those who felt betrayed by politicians in the Republican Party.

The South Carolina results were also being watched closely for indications of who, if anyone, among the more mainstream candidates might emerge to challenge Trump.

Texas' Cruz was banking on a well-regarded get-out-the-vote operation and 10,000 volunteers to pull out a strong finish in South Carolina as well as in the Southern states that follow.

But his failure to stop Trump in South Carolina could puncture that strategy. Still, the Texas senator will still have more than enough money to run a long campaign.

Florida's Rubio was hoping a top-tier finish in South Carolina could help establish him as the mainstream alternative to Trump and Cruz. Many GOP leaders believe neither Trump nor Cruz could win in the general election.