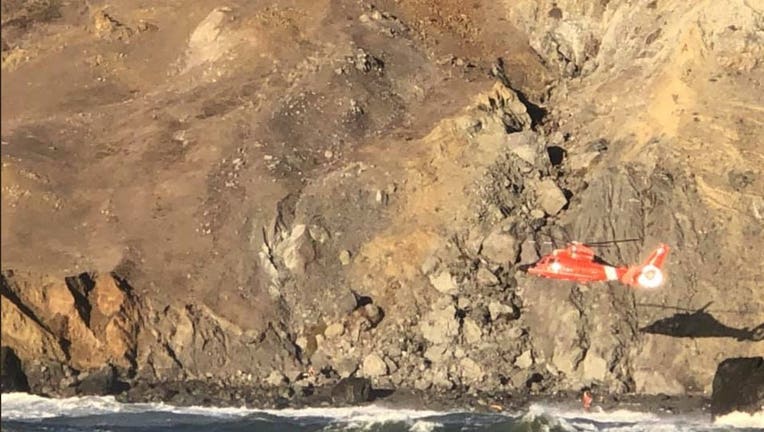 One of the men's friends reported the capsized vessel about 4:45 p.m. and the Coast Guard responded by sea and air with a motor lifeboat and helicopter, the Coast Guard said Saturday.

Rescue crews found the capsized boat the spotted the pair on a cliff near the entrance of Estero de San Antonio river in Bodega Bay. 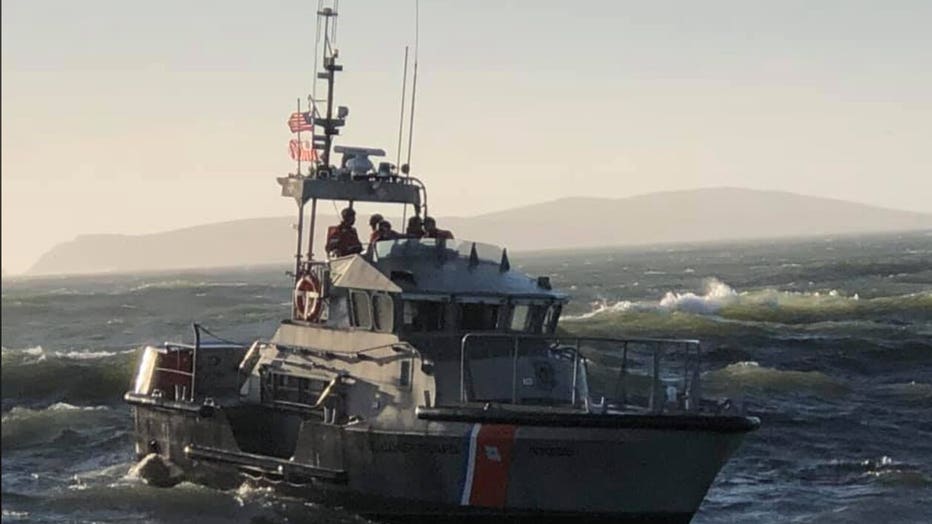 A rescue swimmer hoisted the men into the MH-65 Dolphin helicopter and took them to Coast Guard Station Bodega Bay. 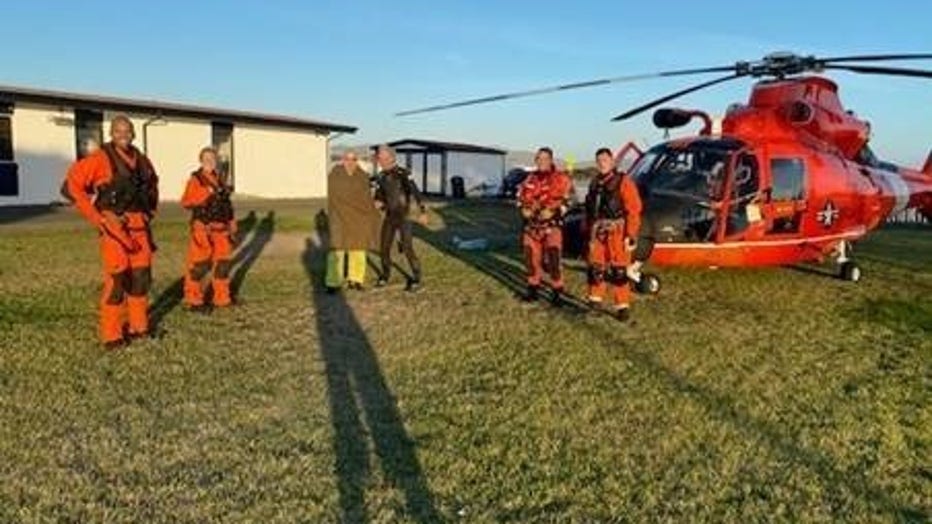