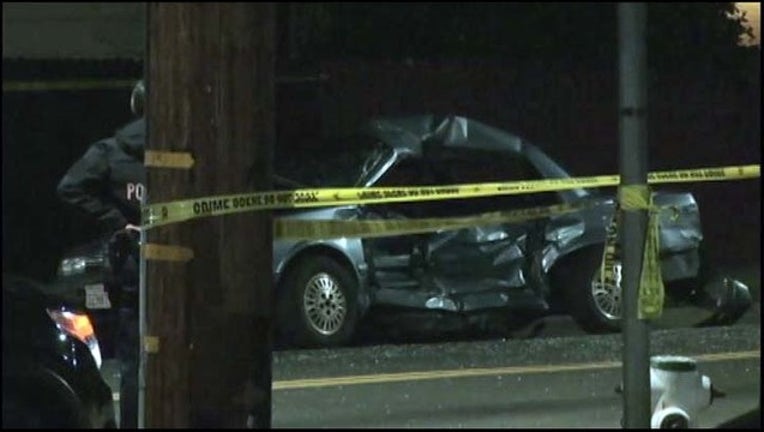 Emergency crews used the Jaws of Life to extricate an adult and a child from the sedan, he said.

A total of five people inside the sedan were critical trauma patients, according to Bower.

An infant, 8-year-old and 10-year-old were all transported to UCSF Benioff Children's Hospital Oakland, Bower said.

Two adults were transported to Highland Hospital, according to Bower.

The collision mostly damaged the driver's side of the sedan, Bower said.

An update on the conditions of the injured was not immediately available Monday night.