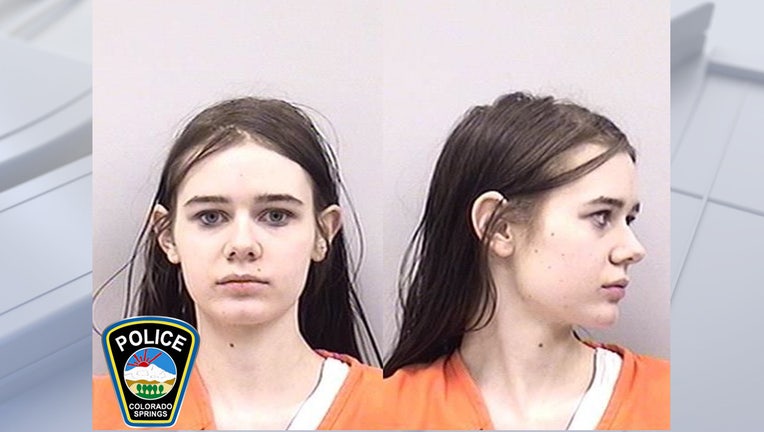 A Colorado woman is accused of tying up a man she met on Tinder before stabbing, choking, and threatening to kill him inside her apartment, police said.

Lauren Dooley, 22, was arrested Wednesday, Sept. 28, after Colorado Springs police officers responded to an apartment complex in the 2500 block of Each Cache La Poudre Street.

The officers had received a call around 5:45 p.m. that evening where they heard the 21-year-old victim saying he was "bleeding all over the bed" and telling someone: "because you cut me" and "you’re going to kill me," according to an arrest affidavit obtained by FOX 21.

Responding officers found a male naked and bleeding in the parking lot of the apartment complex who needed help.

The victim was seen backing away from Dooley "who appeared to have blood smeared on her arms and hands," according to an arrest affidavit. The victim accused her of tying him up and cutting him.

The victim told officers the two had met on Tinder. They agreed to go to her apartment where she took her clothes off and performed oral sex on him before using duct to bind the victim’s wrists and ankles together. The victim said he "found it odd, but consented to it," according to the affidavit.

At some point, Dooley got out a kitchen knife and demanded the victim go to the bedroom – at which point he no longer consented to stay at her apartment.

The victim obeyed Dooley for fear of his life and got into her bed. Dooley then got on top of him and cut his left shoulder before choking him with her hands and then with a belt, the affidavit said.

Dooley became upset that the victim was "bleeding all over her bed" so she told him to get in the bathtub, the affidavit said. He complied and Dooley ordered food from DoorDash. She allegedly told him: "if you scream or say anything, I’ll kill you."

After eating, Dooley got into bed with the victim and pulled a blanket over him. The victim noticed that the knife she’d used earlier was at her feet. After she fell asleep, the victim managed to obtain the knife and free himself. While attempting to get his keys and phone, he bumped into a table, waking her up, and ran into the parking lot for help.

Responding officers conducted of a sweep of Dooley’s apartment and found a kitchen knife near the bed, several soaked rags, and blood all over the bathtub.

Dooley was arrested and charged with several felonies including second-degree kidnapping, assault in the second-degree, menacing, and false imprisonment.