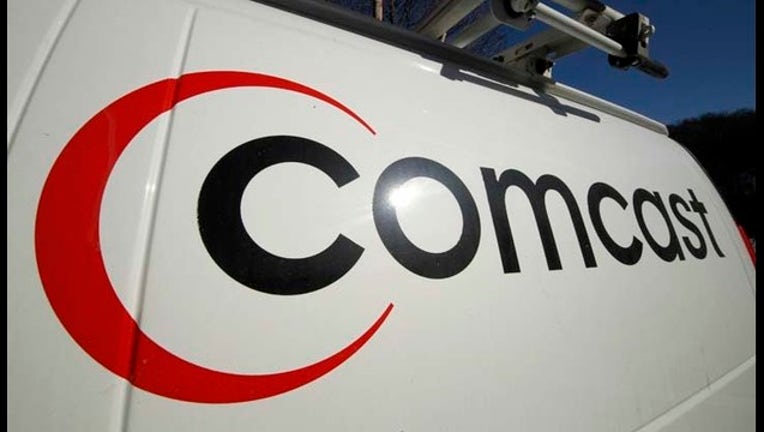 NEW YORK (AP) — Just before its $45 billion deal with Time Warner Cable collapsed over regulators' fears about a giant cable company's control over the Web, Comcast was racking up more Internet customers.

Broadband subscribers surpassed cable this quarter. As of the end of March, there were 22.4 million customers for each.

The advent of streaming TV is reshaping the cable industry. It is slowly dripping video subscribers while Netflix adds more, and several online TV alternatives have launched in recent months. Meanwhile, costs are rising for the TV, movies and sports that cable companies transmit — Comcast's programming expenses rose 7.8 percent last year, to $9.8 billion. Combining with Time Warner Cable might have helped Comcast gain leverage against media companies in negotiations over content costs.

Selling Internet access, however, is highly profitable. SNL Kagan, a market research firm, estimates that cash flow margins for Internet were 60 percent for cable companies at the end of last year, while video margins were 17 percent.

In the January-March period, the Philadelphia company added 407,000 high-speed Internet customers, the most since early 2013. It shed 8,000 video customers.

Regulators were concerned about the power that Comcast and Time Warner Cable together would have had from all those Internet customers — more than half of the country's broadband subscribers under the government's definition of minimum broadband speed. The government worried that the combined company might harm online video competitors that need Comcast's pipes to get to consumers. Comcast walked away from the deal last month.

More people are signing up for Internet, but cable bills are bigger as companies pass on content costs to subscribers. Comcast said Monday that revenue from video customers rose 3 percent to $5.3 billion, while Internet revenue rose 10.7 percent to $3 billion.

A traditional TV package of hundreds of channels can cost $70 to $100 a month; on Comcast's website, broadband by itself is advertised for $67 a month. It also offers higher-priced tiers of service that include higher speeds. But many people buy Internet and TV in packages that give upfront discounts. Comcast said Monday that 69 percent of customers pay for at least two services, and 37 percent pay for phone, Internet and TV.

Some companies are trying new types of services. Verizon's FiOS has a customizable, "skinny" bundle that lets you choose groups of channels you want after a basic tier. ESPN is suing because it's been relegated to an optional sports package under that plan, though. Satellite TV company Dish's Sling TV service streams channels online. Media companies are experimenting, too — HBO is offering a stand-alone online service for people who don't pay for cable. And Apple is reportedly getting closer to launching a TV service.

Comcast does have a skinny bundle of its own in "Internet Plus," which sells broadband, about 25 channels including broadcast networks and HBO for $70 to $75 a month after discounts end. But you can't choose your channels.

Comcast executives on Monday said that there is "room for growth" with adding more Internet customers but brushed off questions about launching an online-only TV service.

Revenue from the cable division, which includes phone, TV and Internet service for homes and businesses, rose 6.3 percent to $11.4 billion.